Afterwards we completed the model with the other wing of the transept and the water tower, so as to fix well the elements around the two courtyards. The evolution of the courtyards has been constant throughout all of these years and it still is today. Also in this case the design did not limit itself to the paving of the public square, but went into all of the details. Benches, streetlamps, statues and rail fences in the eastern courtyard. Whereas in the western courtyard concert stages, bar counters and containers (the last reused for various purposes) have been designed and continue to evolve, as well as the OGR’s offer to visitors. Particularly worthy of mention is the long series of night-time renders, created to evaluate every possible combination for outdoor lighting. Nothing has been left to chance.

Finally the transept. Here the project involved the construction of a restaurant with different rooms for different purposes. The interiors, already richer in details, were reconstructed minutely. In some cases, the project involved the restoration of some walls keeping them in their original state. Therefore, the walls were photographed on site, so as to obtain faithful textures and to create a nearly perfect virtual copy. As in the other rooms, the furniture was created ad hoc by the customer, then modelled and soon evaluated in the final positions. Both the counters of the two bar areas and the elevator tower were a very hard design task. In order to obtain the perfect result, many images were produced and many tests were carried out with the customer. The iconic gear train on the bathrooms doors was animated as well, so as to make sure that the final effect would be exactly as designed on paper. Today many renders make us proud because of the similarity with the photos published by the Snodo restaurant. 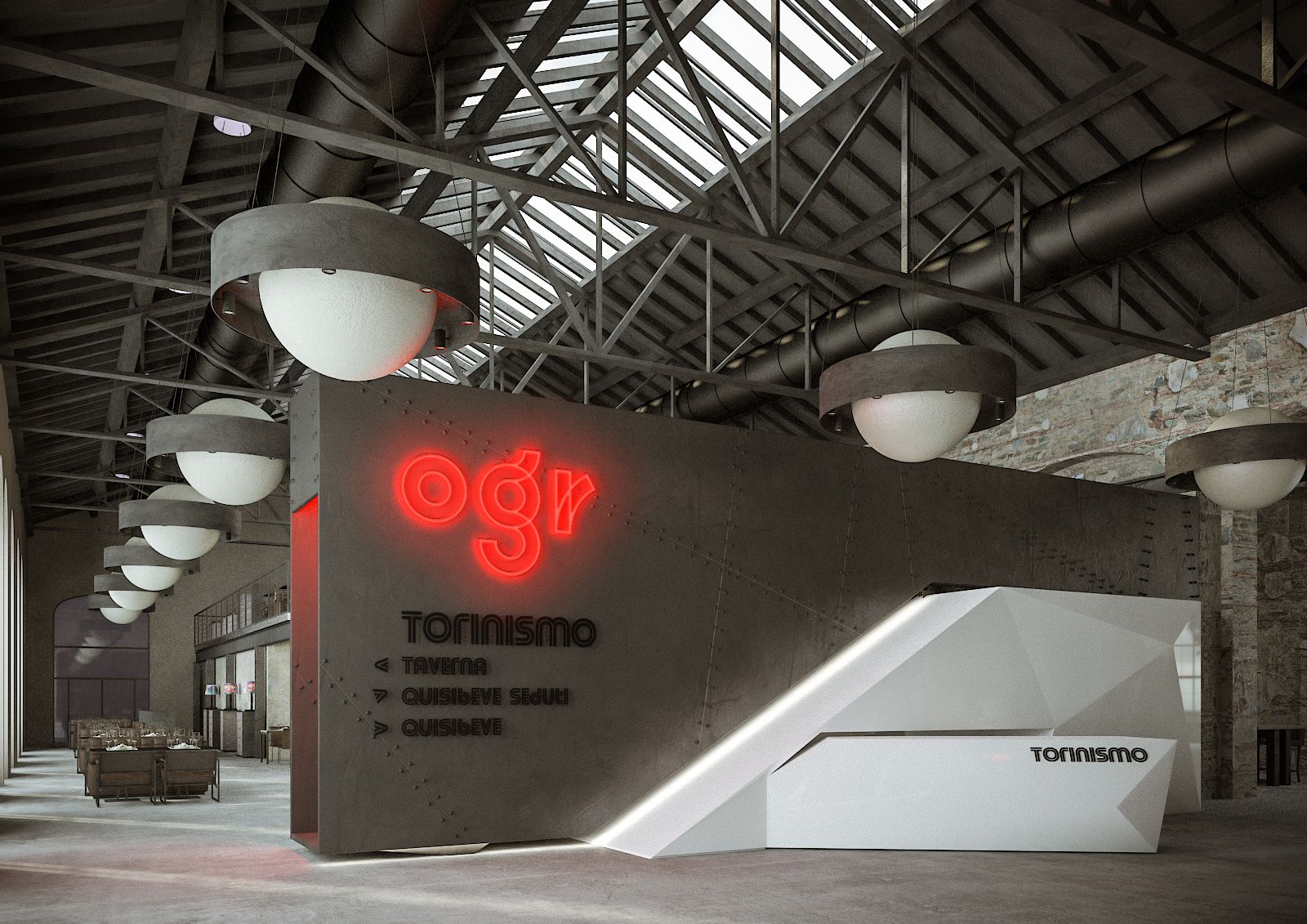 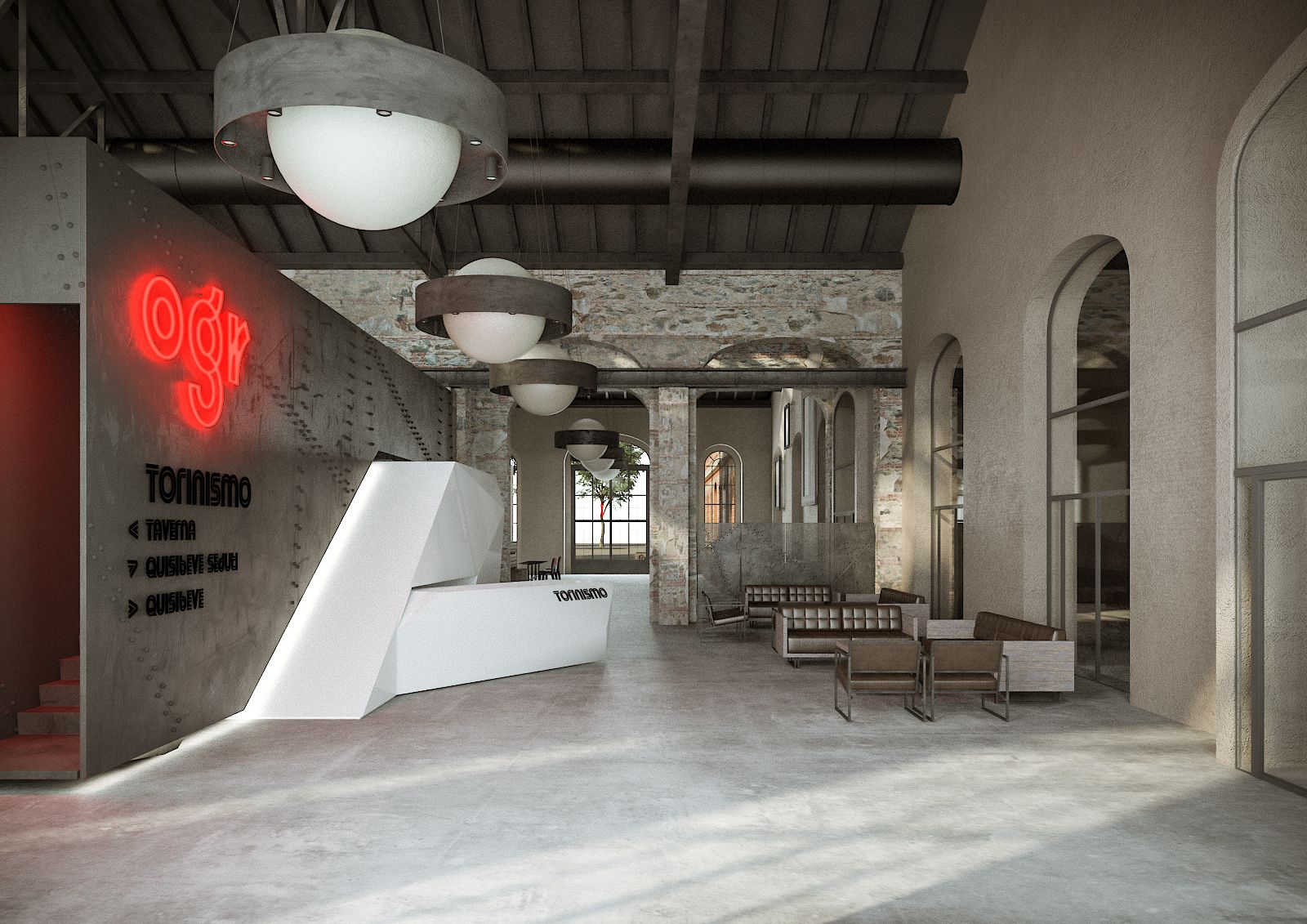 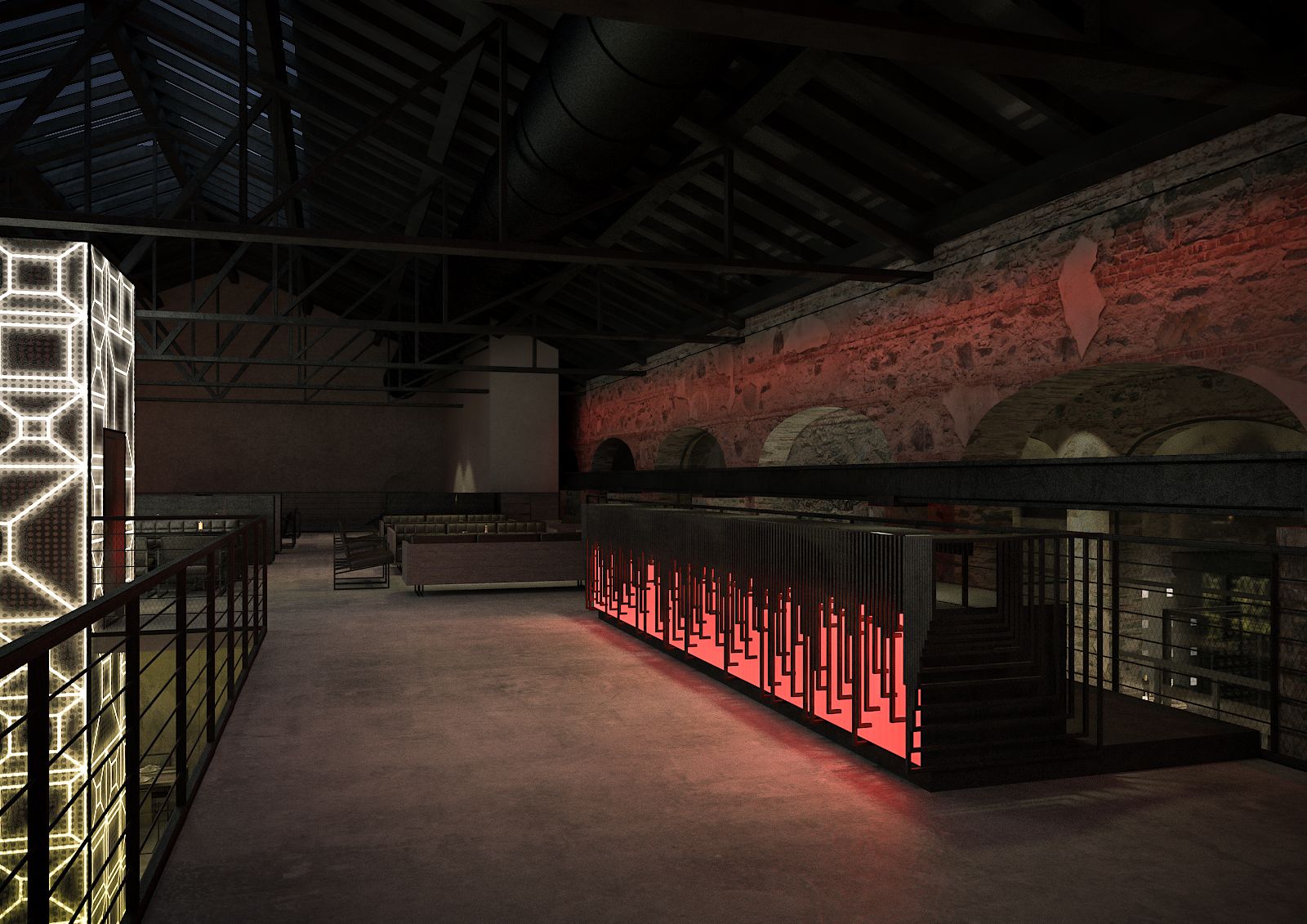 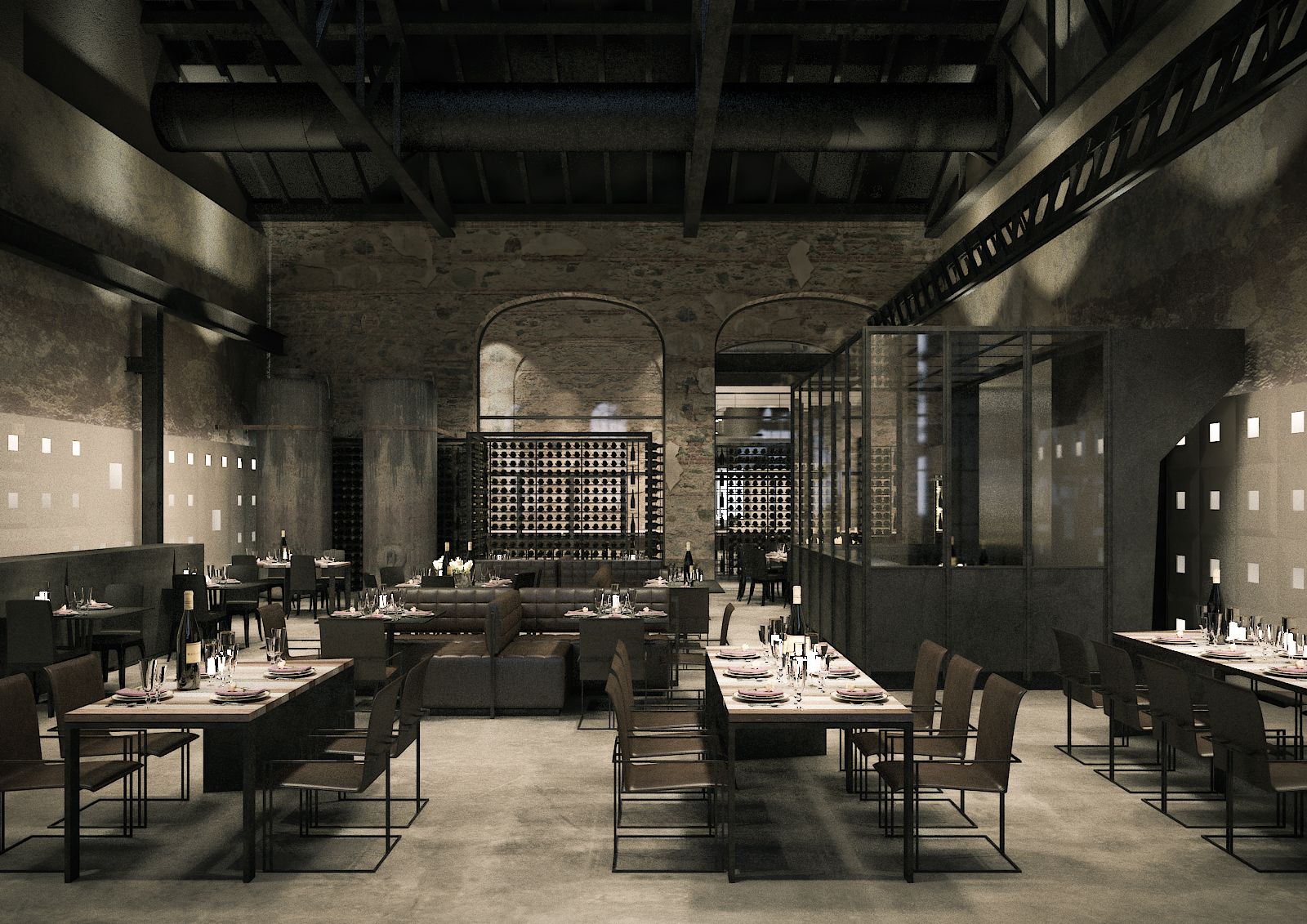 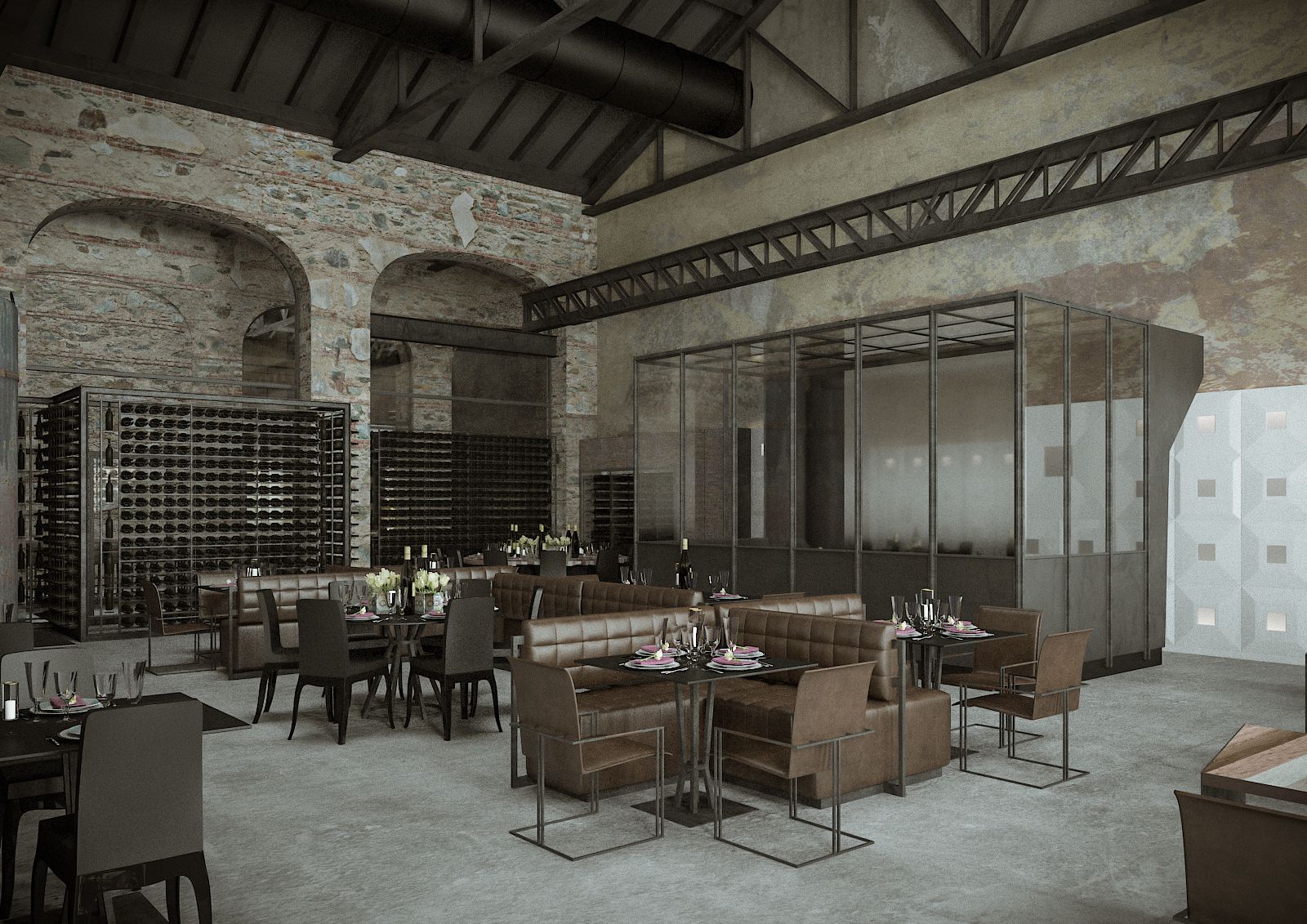 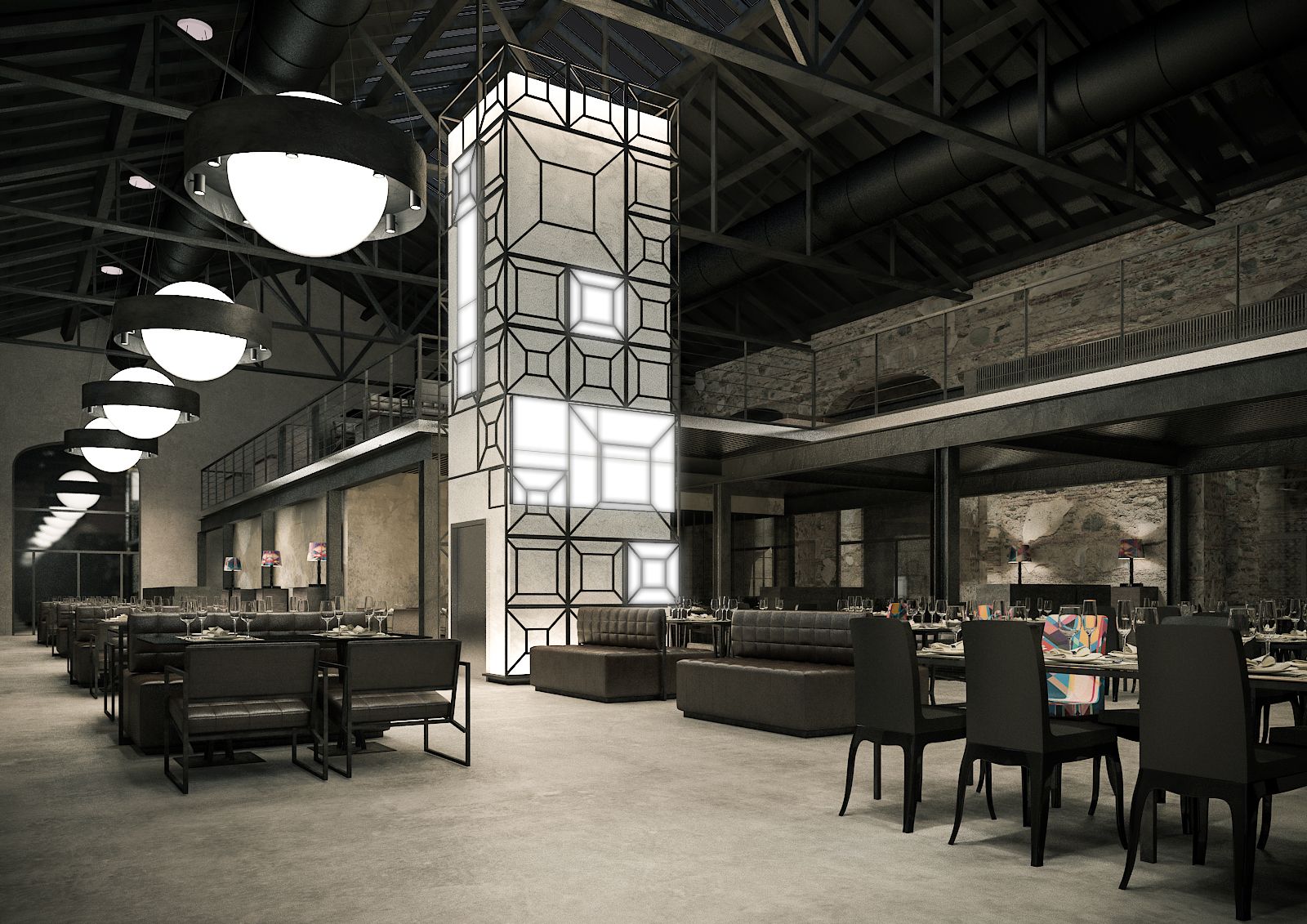 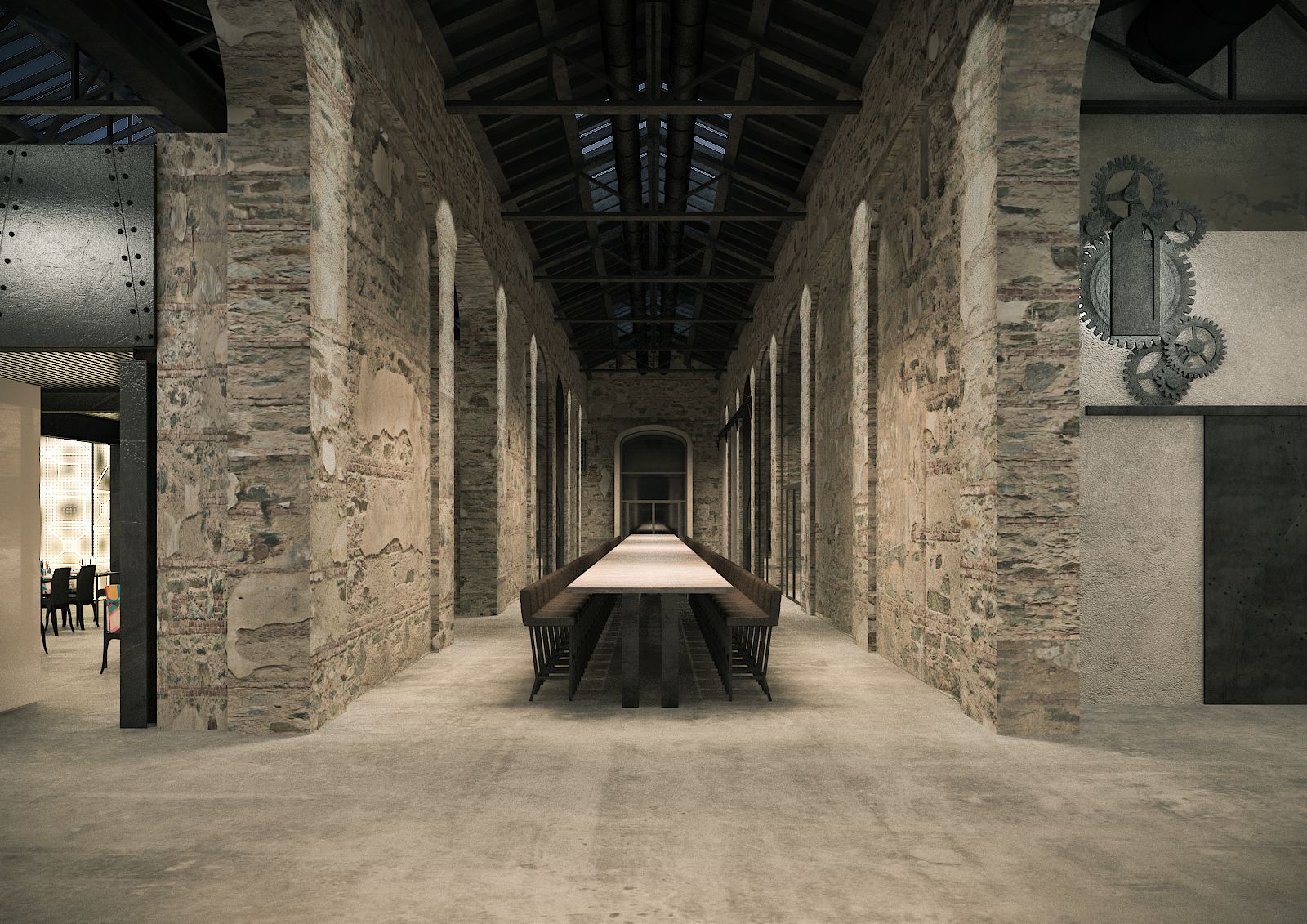