The end of 2014, when we were contacted for the first time by the Urban Project, saw the start of the long route to the realization of the ambitious project of Jardins de la Pâla in Bulle, which involves multiple subprojects. It is an entire district in Switzerland designed by four different architectural firms and our work would cover all of the possible project areas and help to describe it. A huge, demanding job that has been going on for three years.

The first stage of the work focused on the modelling and the evolution of the buildings. It was particularly difficult to model the existing buildings maintaining a high level of fidelity, but without reference measurements. Afterwards all the ground was created, including walkways, squares and elements. For many months the developments of the residential buildings followed one another with different panellings and colours.

After stabilizing the work on residential buildings, an in-depth study of all common areas took place: the interiors of the various buildings, the external walkways with street furniture and lighting, and all of the spaces of the large underground parking facilities. Designers gave importance to the signage and the various graphics that a visitor would encounter in the district.

At that point, we began to work in parallel on both producing renders aimed at selling apartments and on representing how the Halle Landi would eventually have become, testing out several hypotheses. On one hand, referring to the first activity, we rendered different kinds of interiors and plants for numerous apartments. Those images were used both in catalogues and for online promotion.

On the other hand, the Halle Landi, a historic building created for the 1939 National Exhibition in Zurich, received special attention. Besides its extensive restoration and exaltation, the building was designed to be the location of a shopping centre on various tiers. The first model, initially conceived only for external visualizations, was followed by a much more detailed one, which also included the interiors. The renders also illustrate the various types of activities that will be present after completing the works.

The hotel was the chapter of the project that lasted the longest in the development of the district. Due to the alternation of two architectural offices the building and the areas around it underwent numerous radical changes. Nevertheless, the rendered images included the exteriors, the internal common areas such as the hall, the restaurant, the large dehors, the conference room and the different types of rooms. The design of both the furniture, modelled ad hoc, and the external structures, whose form and complexity evolved, was very accurate and detailed.

The construction works are still ongoing. Visit our pages to stay up to date on the yard development. 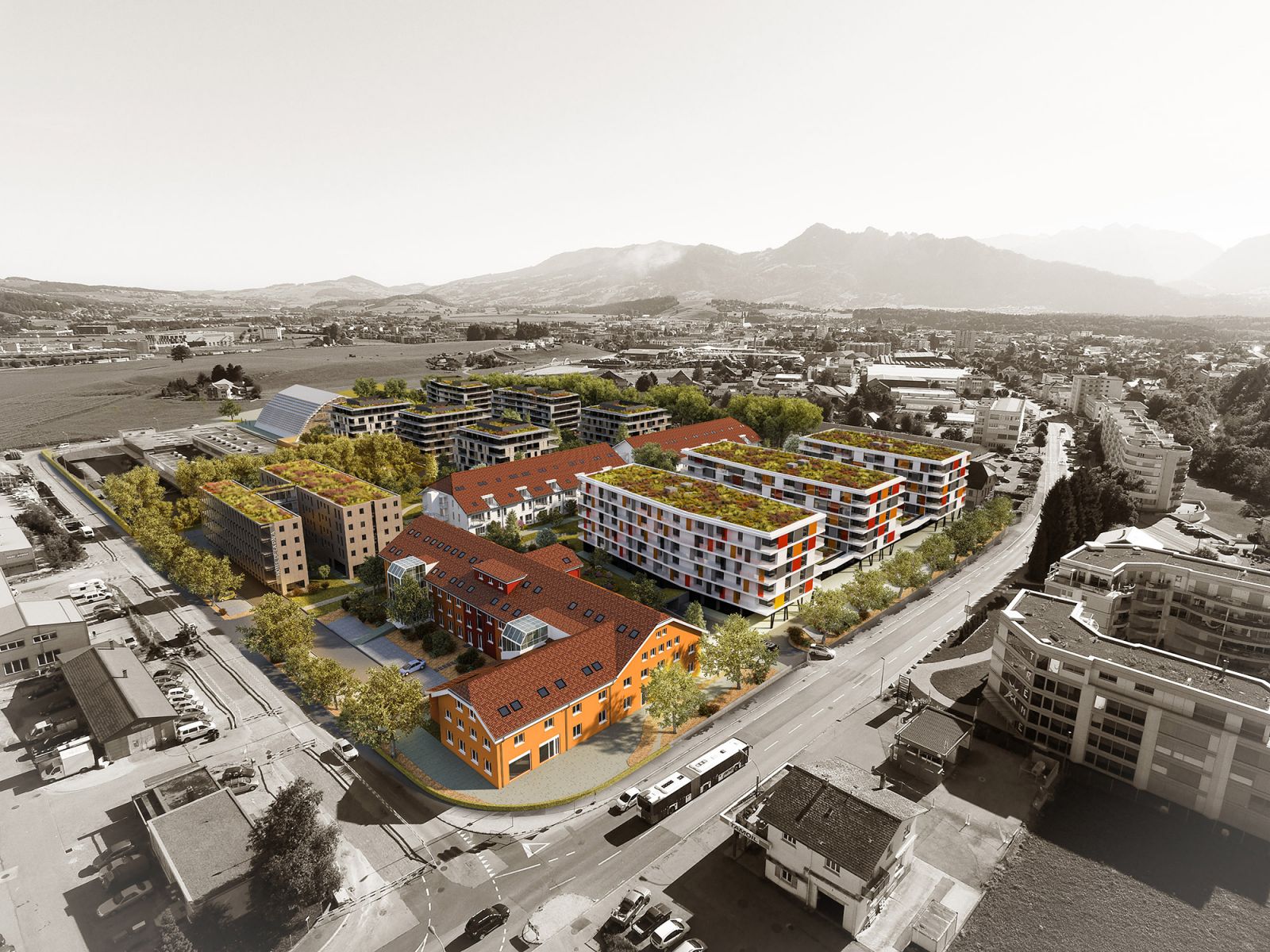 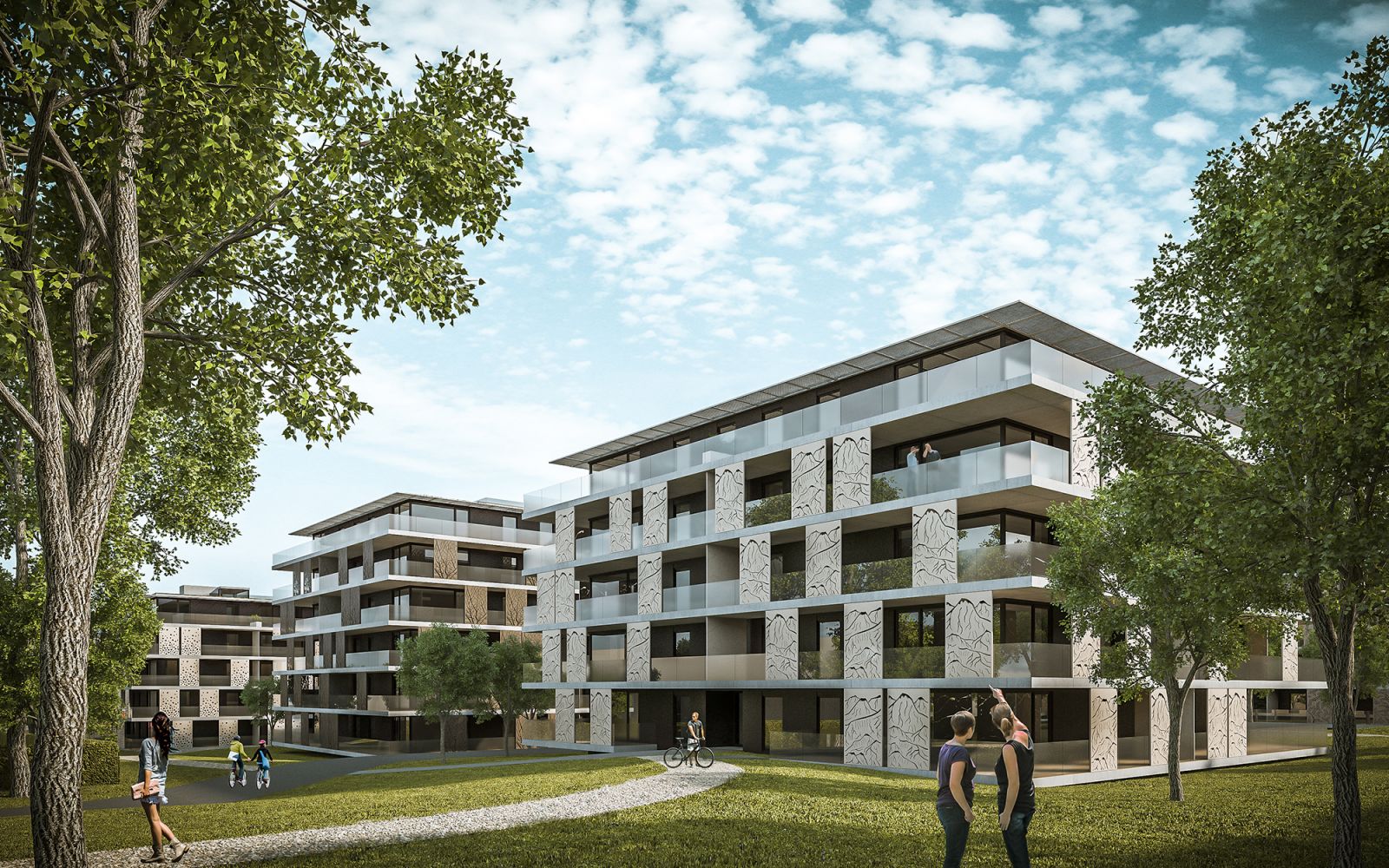 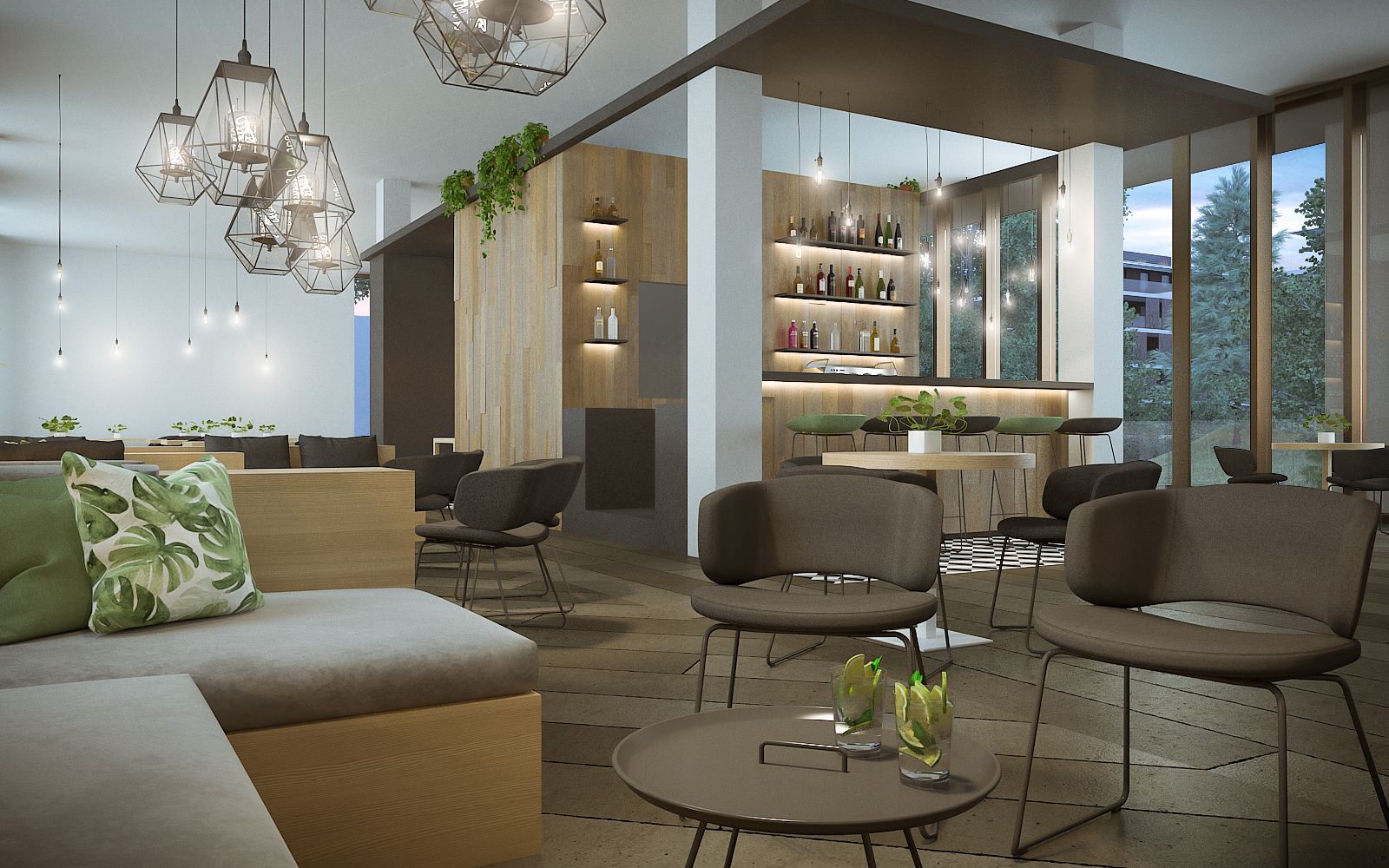 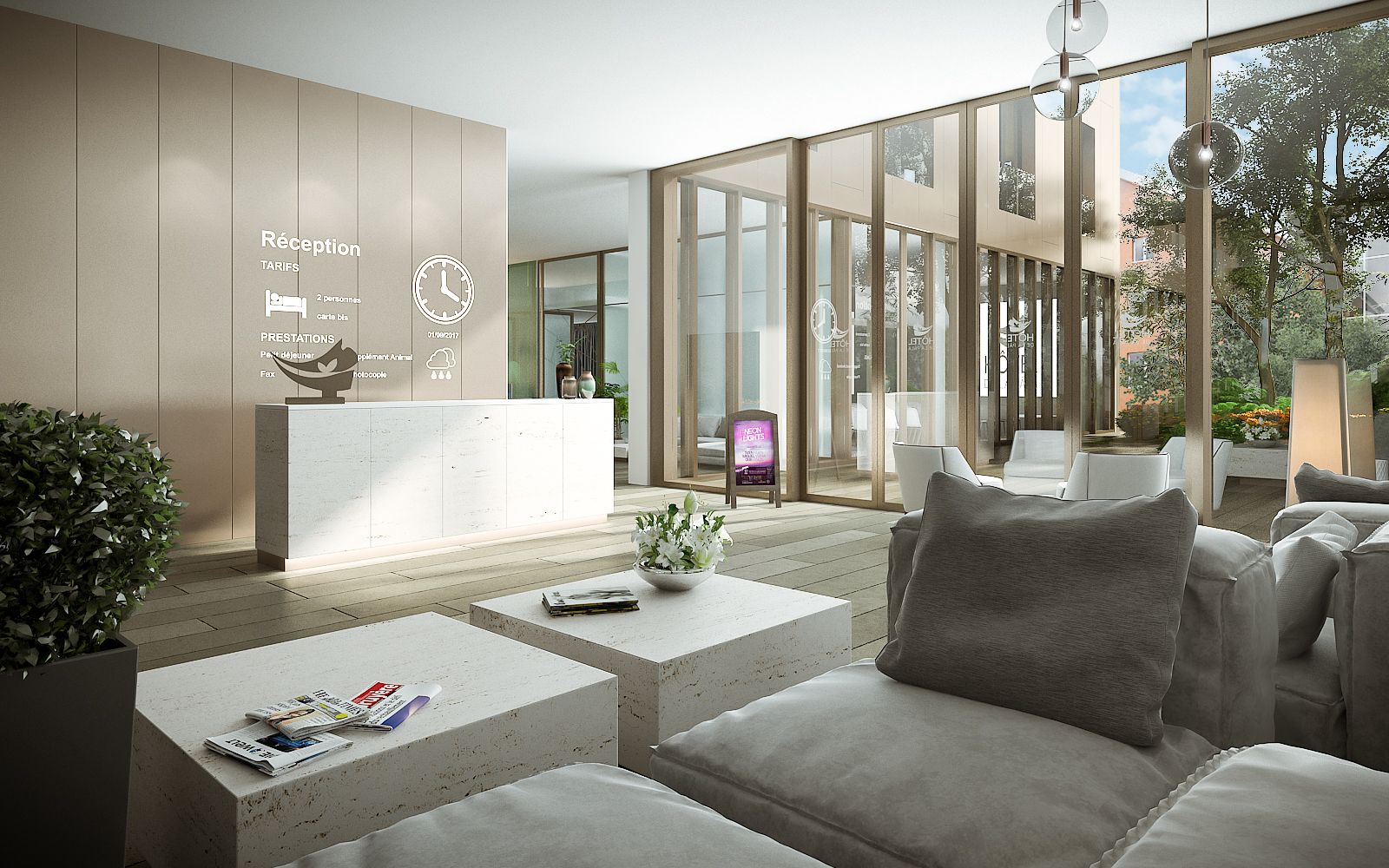 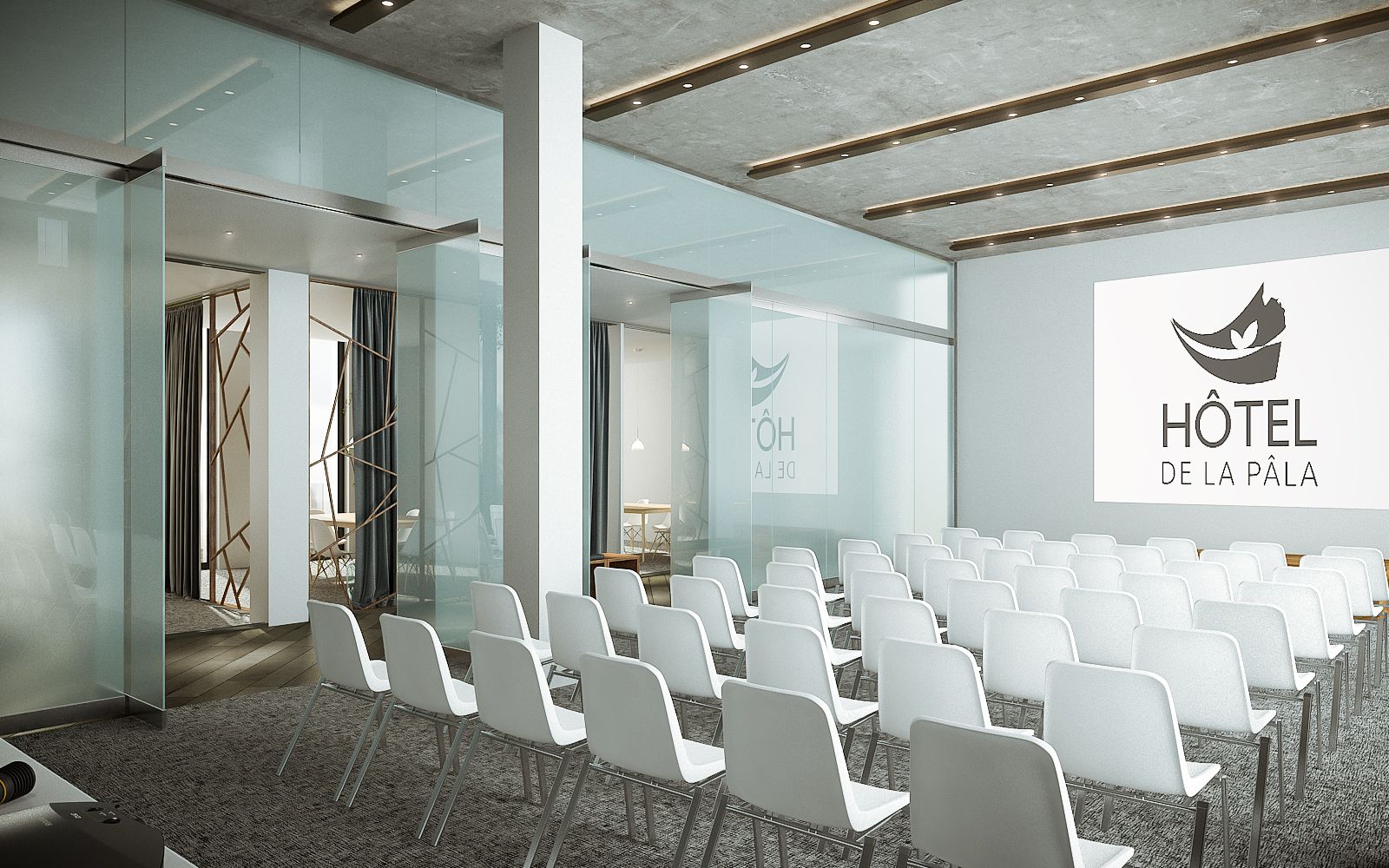 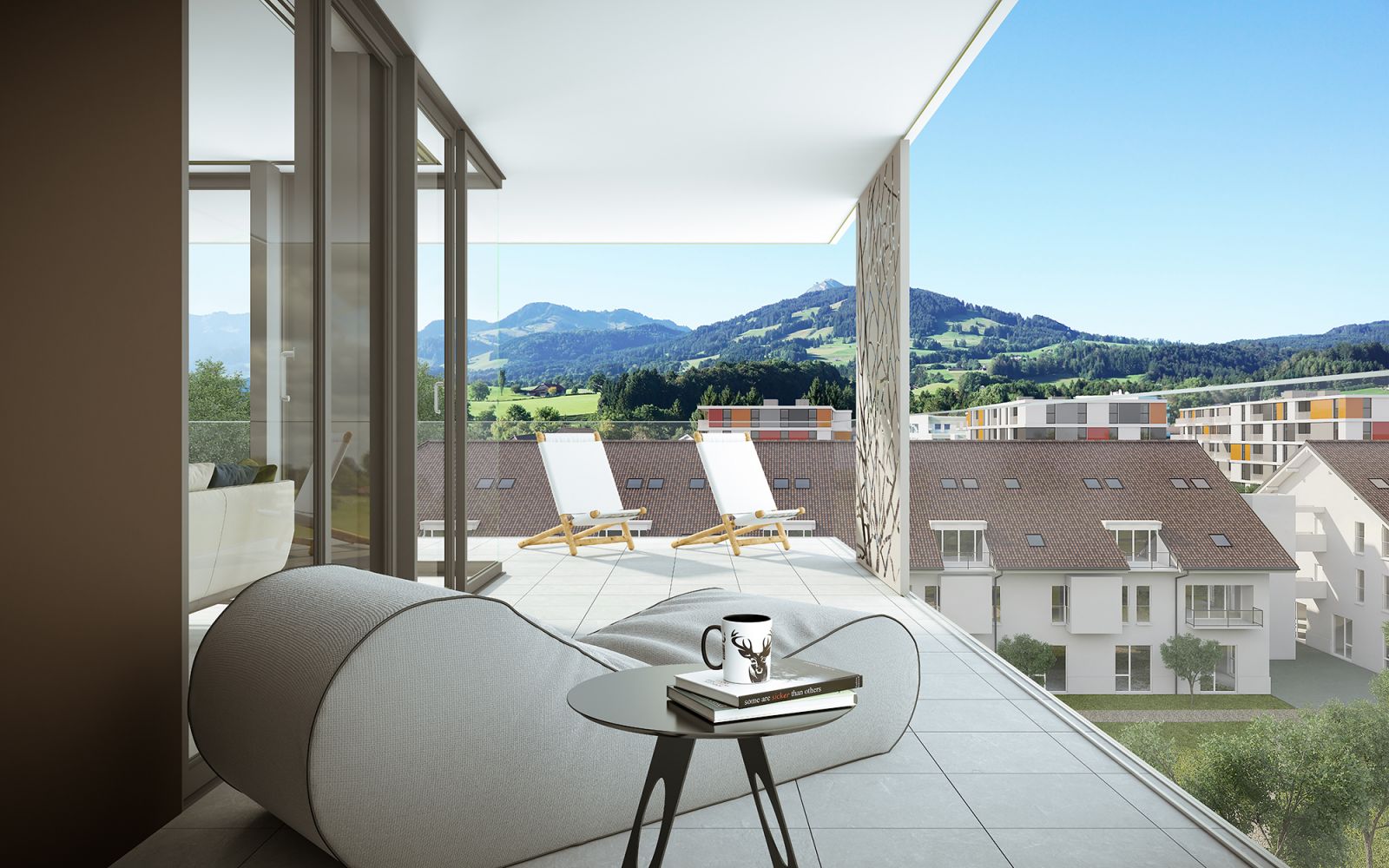 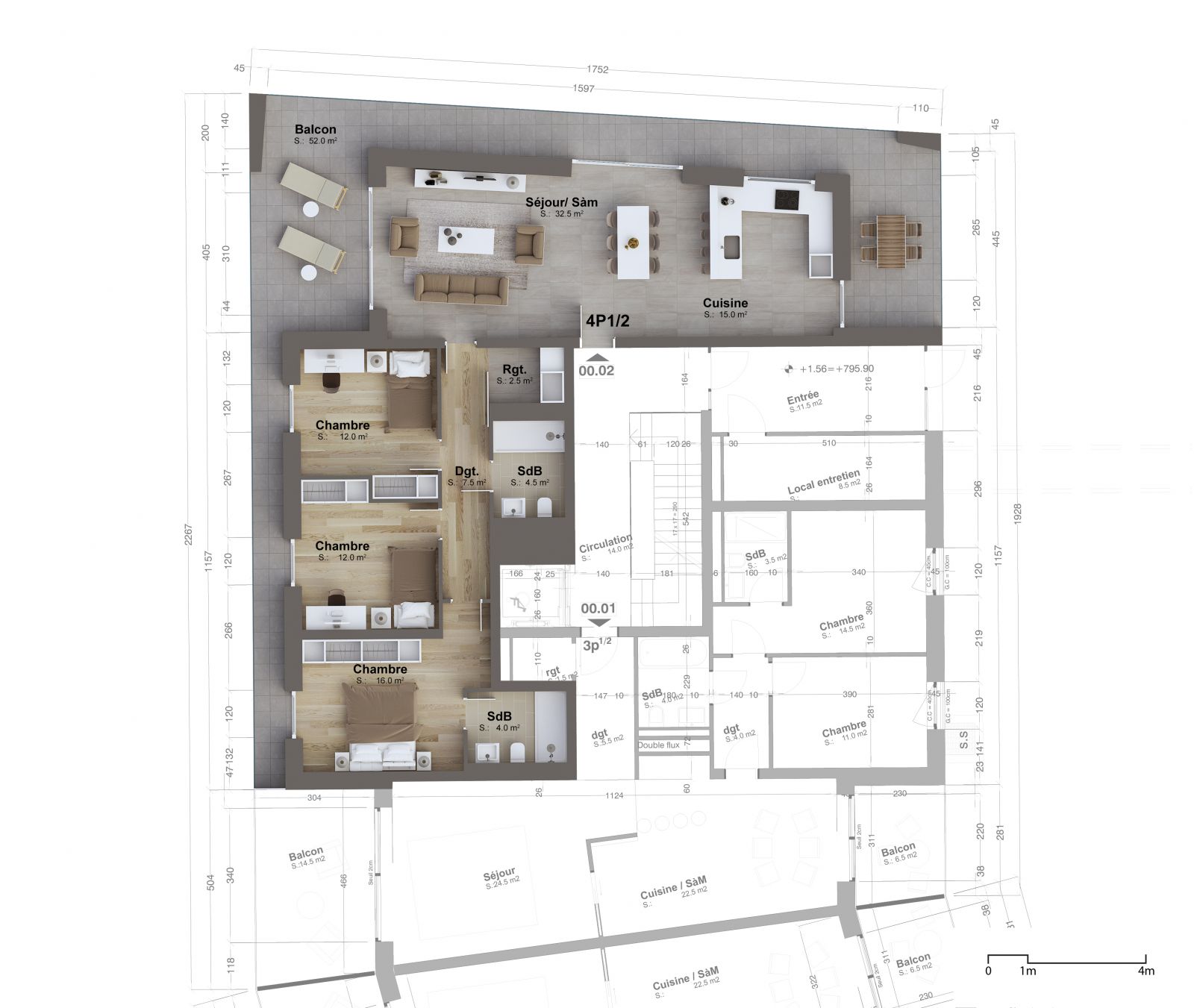 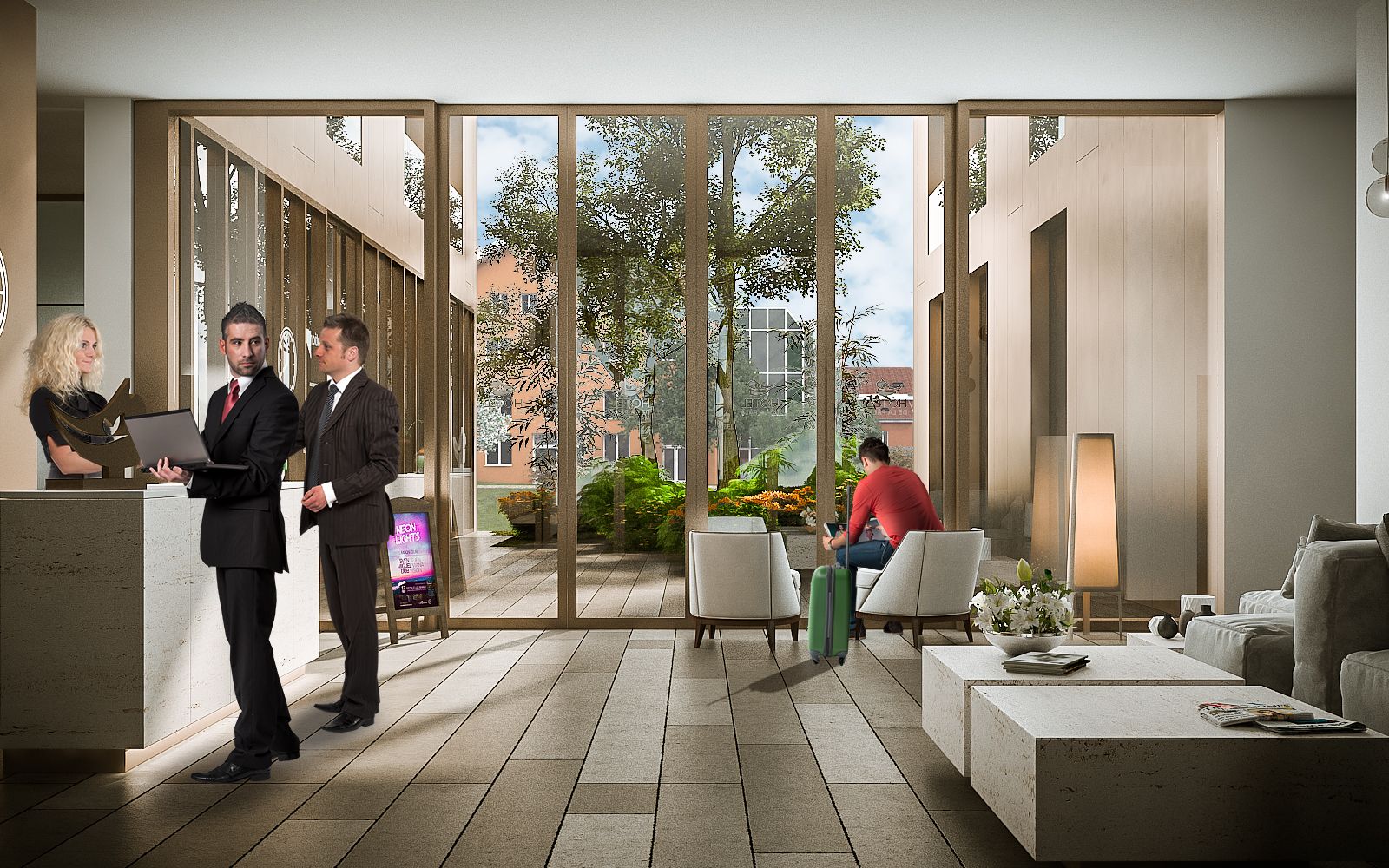 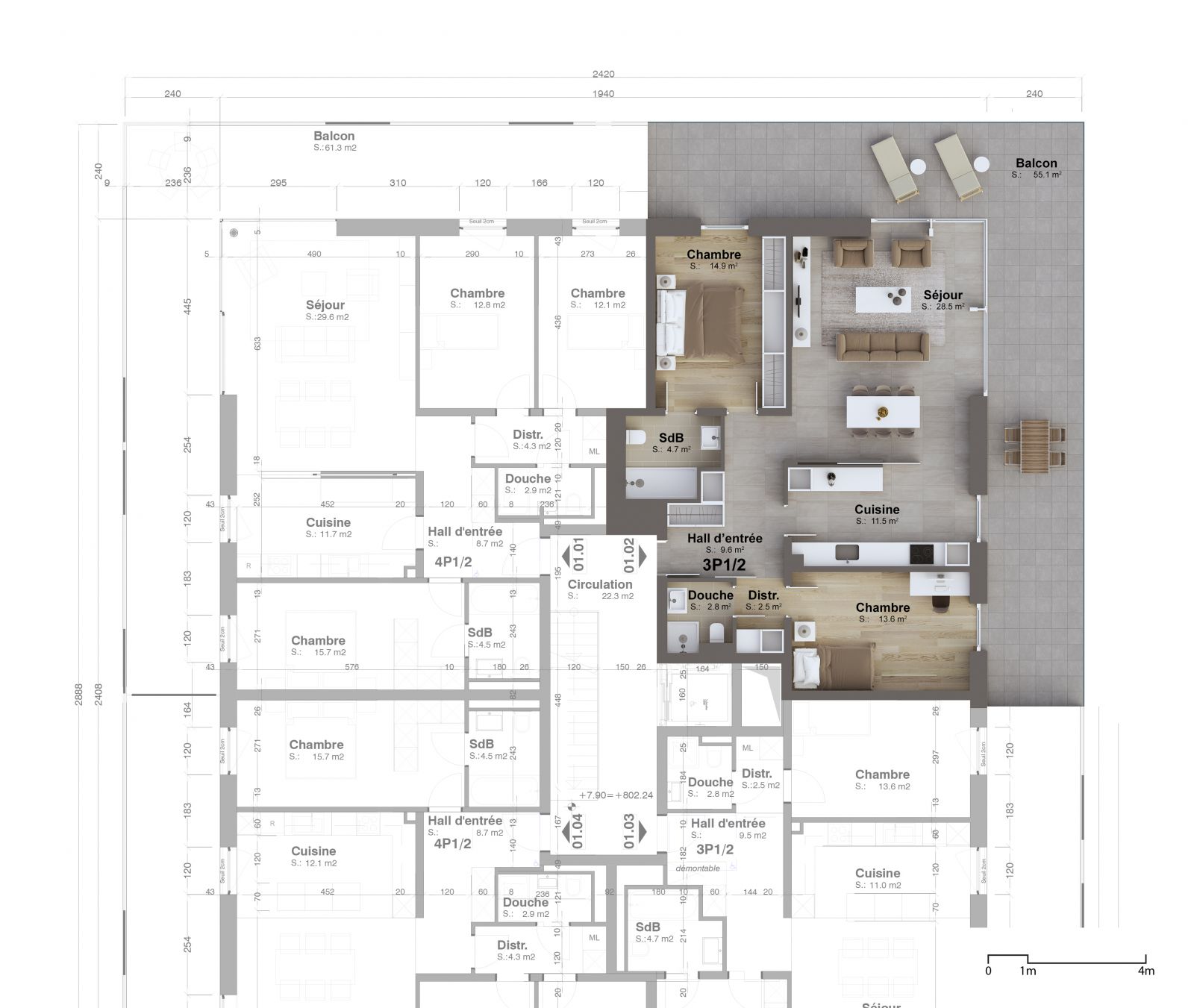 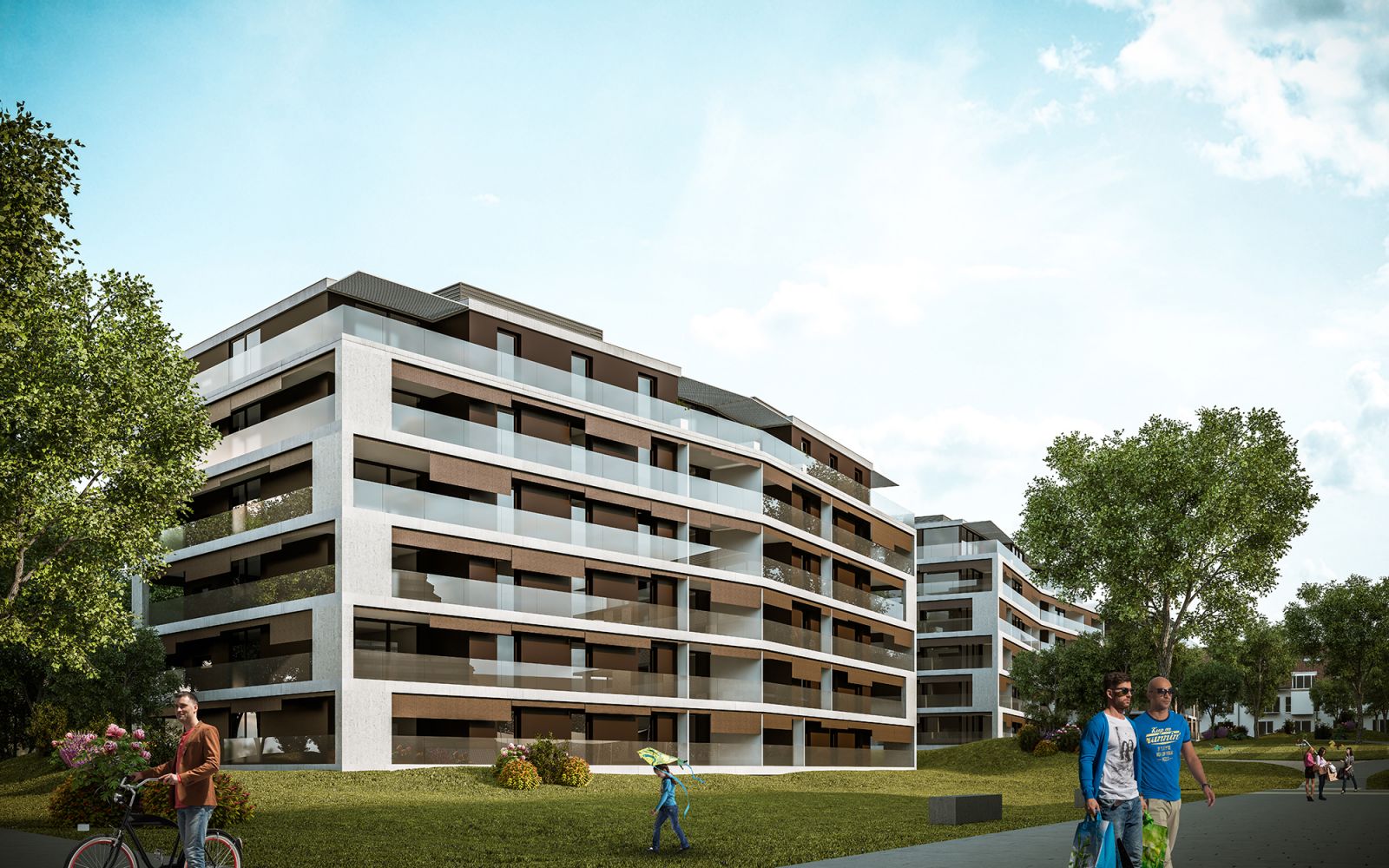 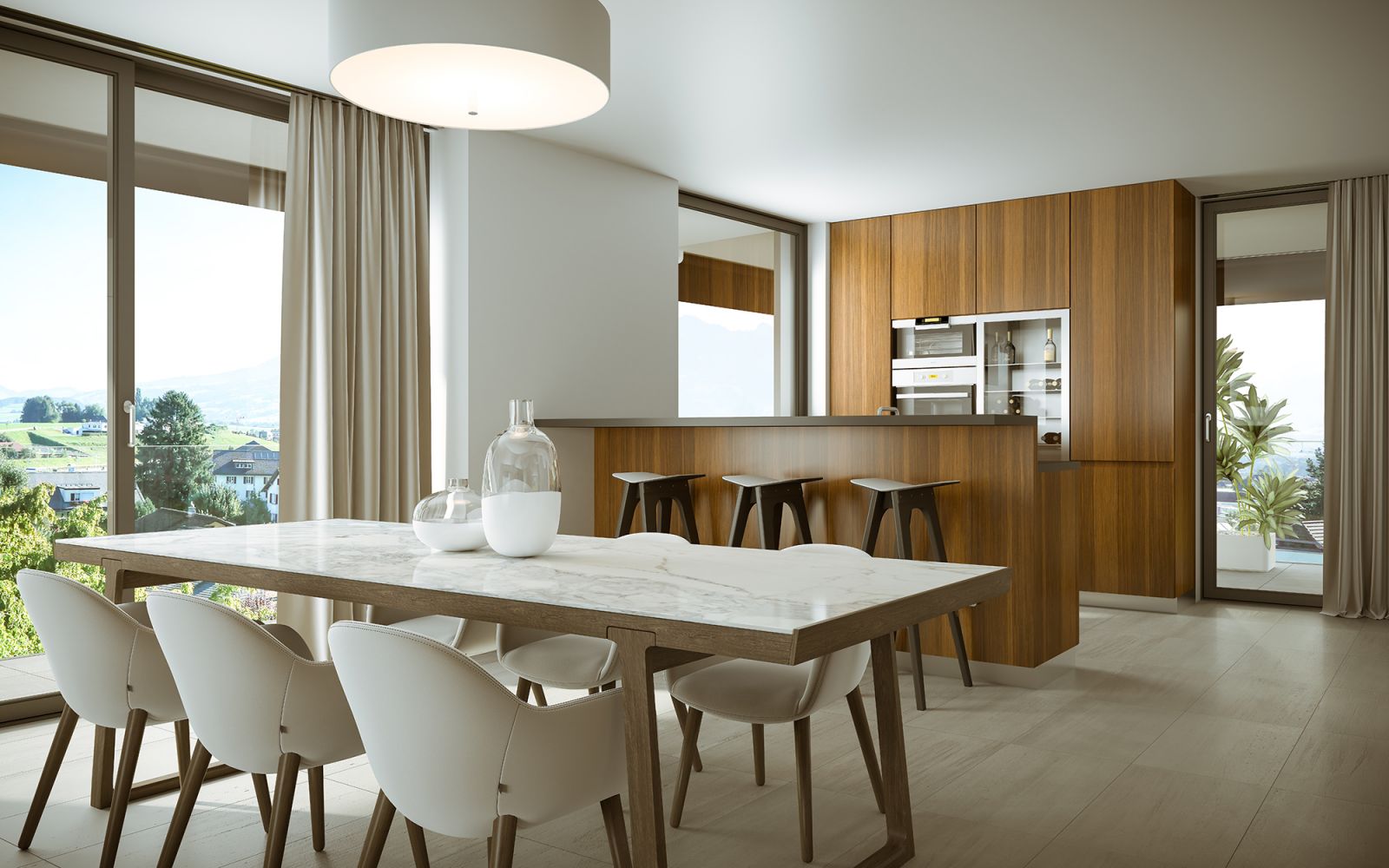 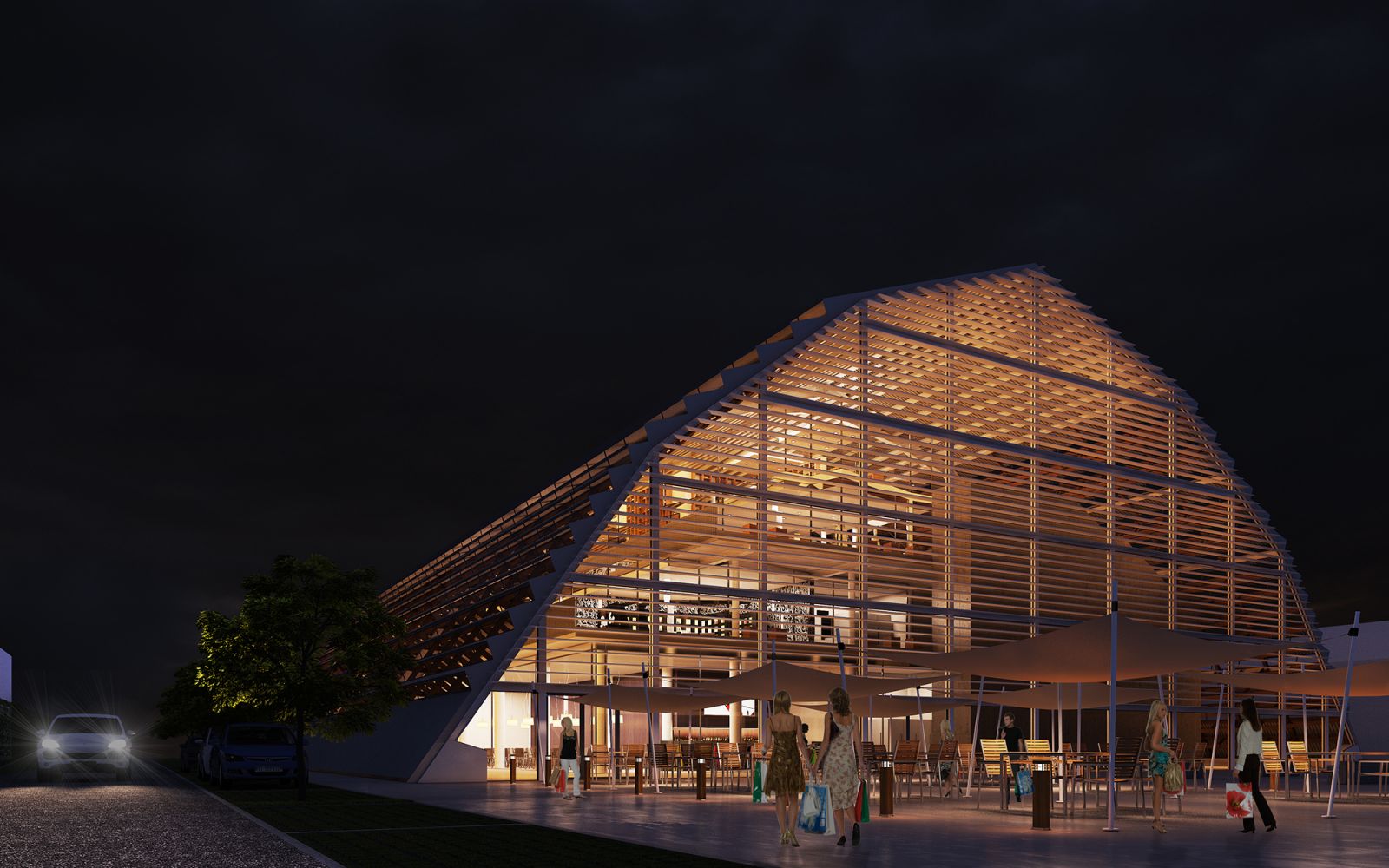 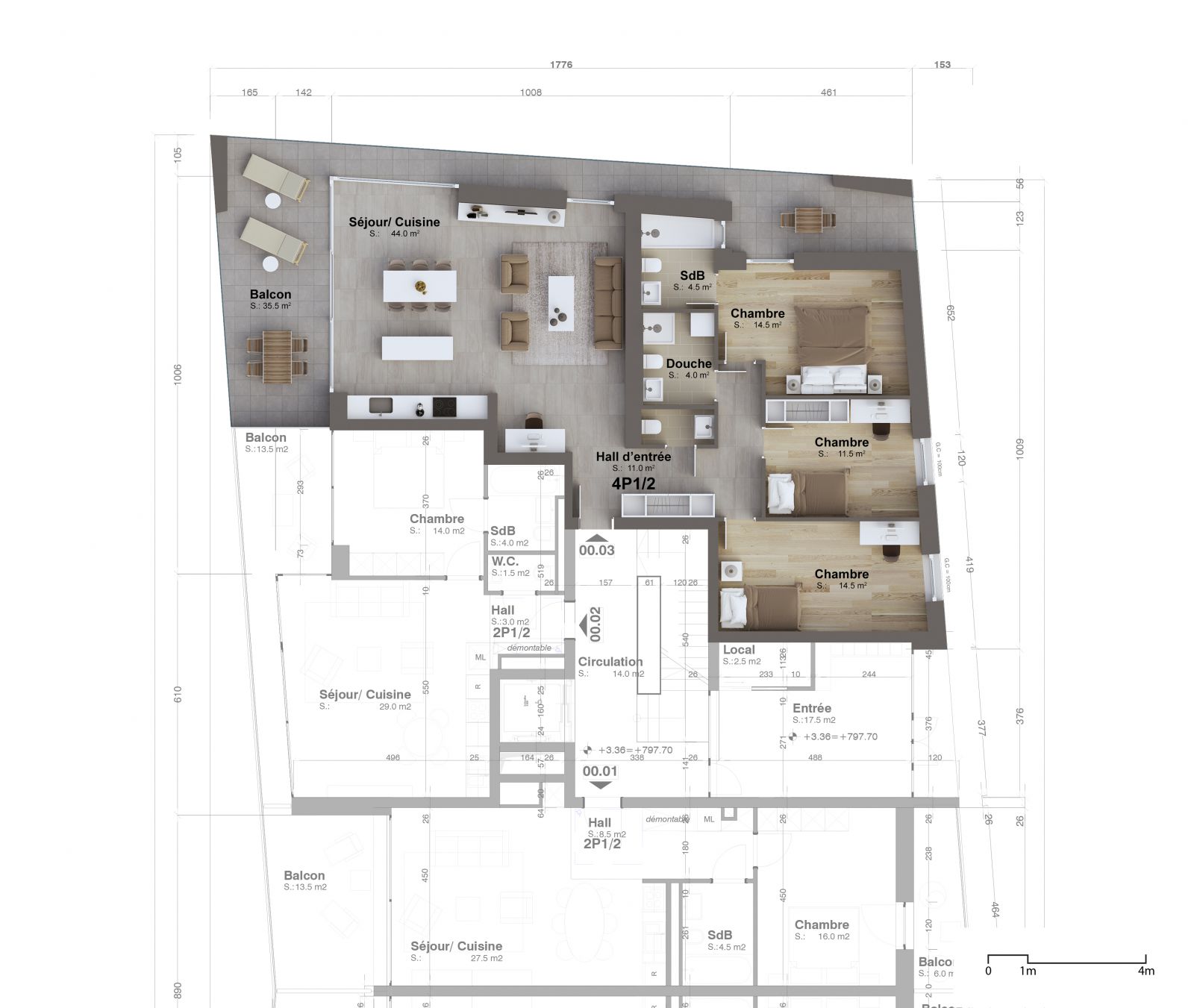 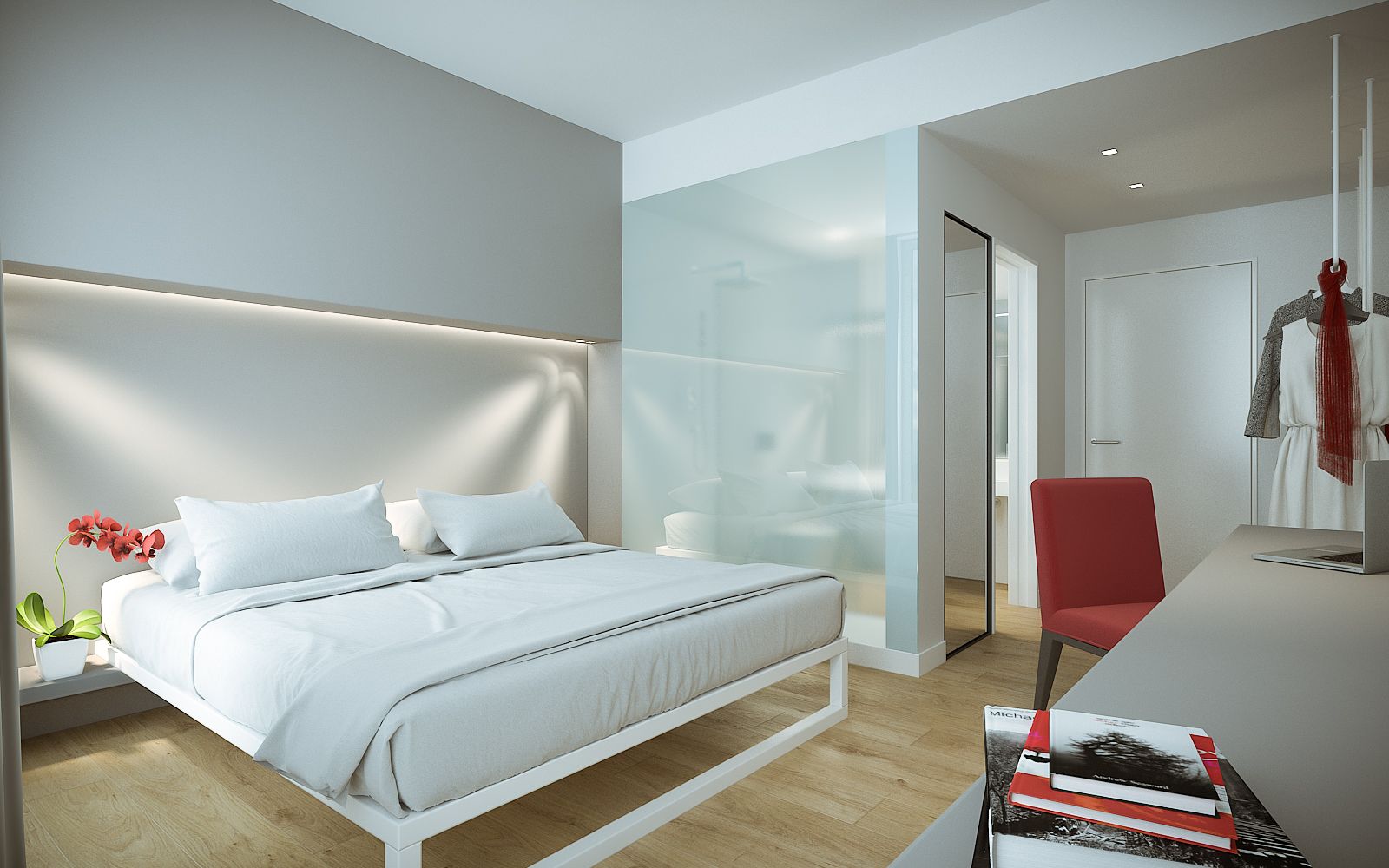 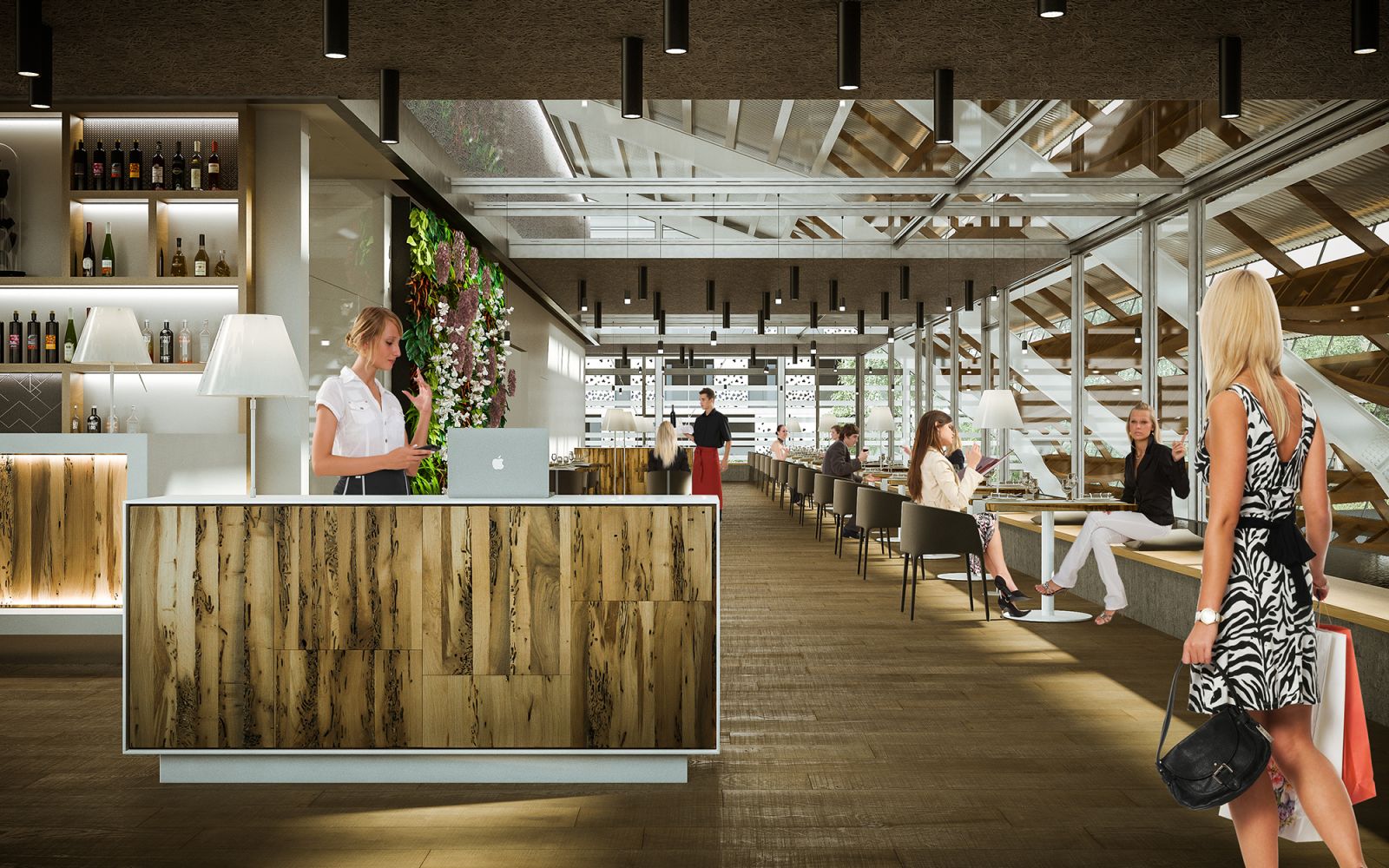 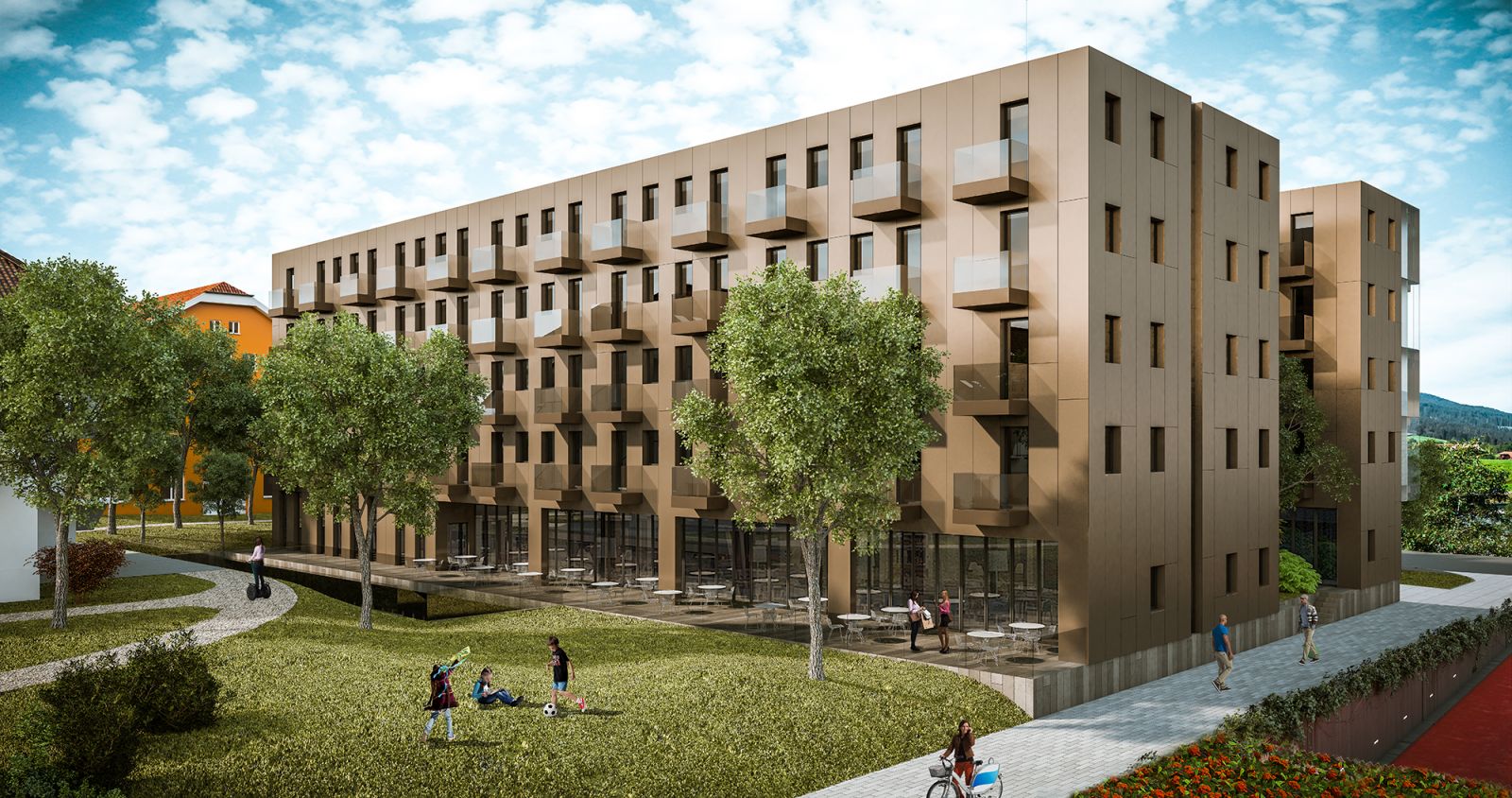 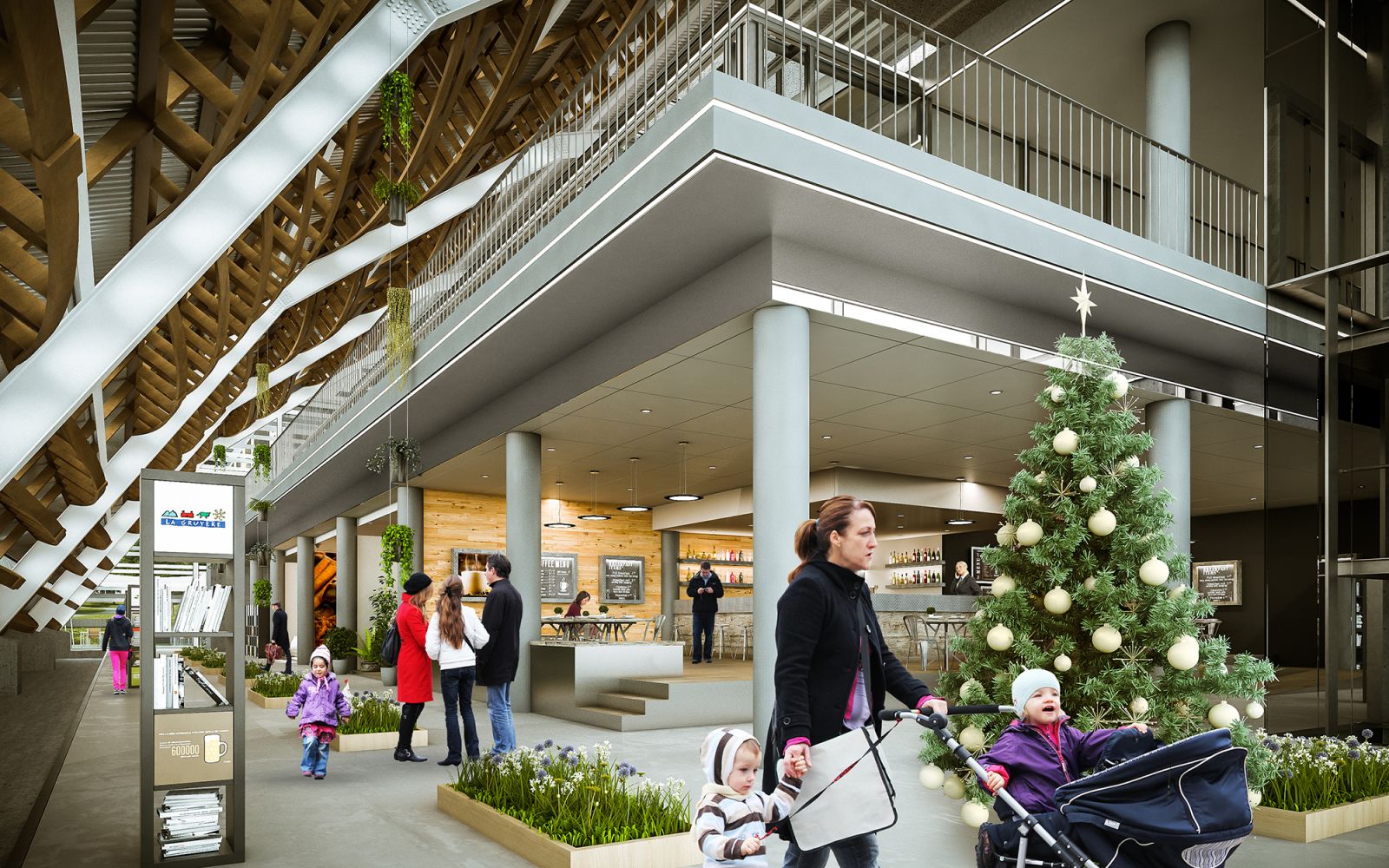 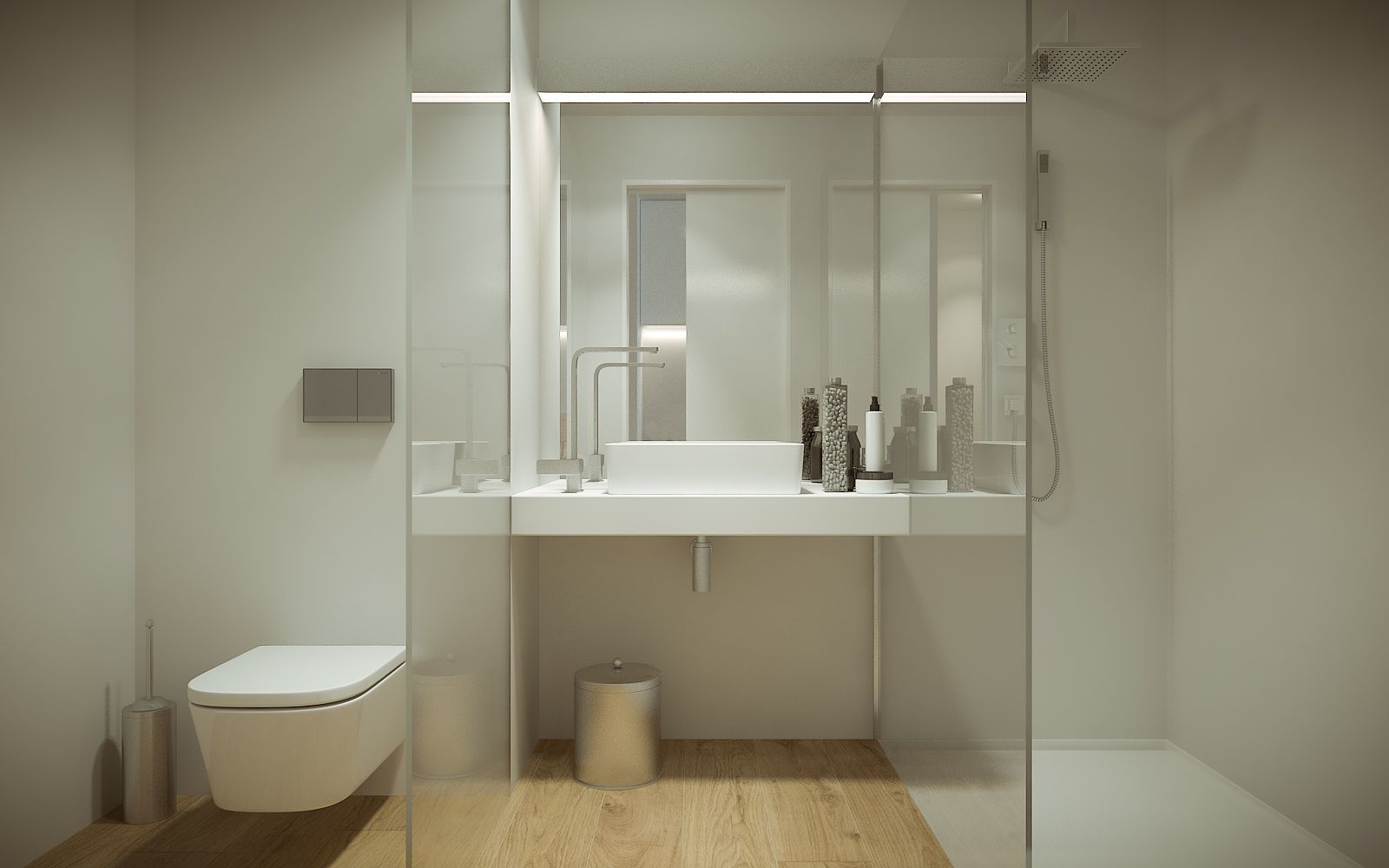 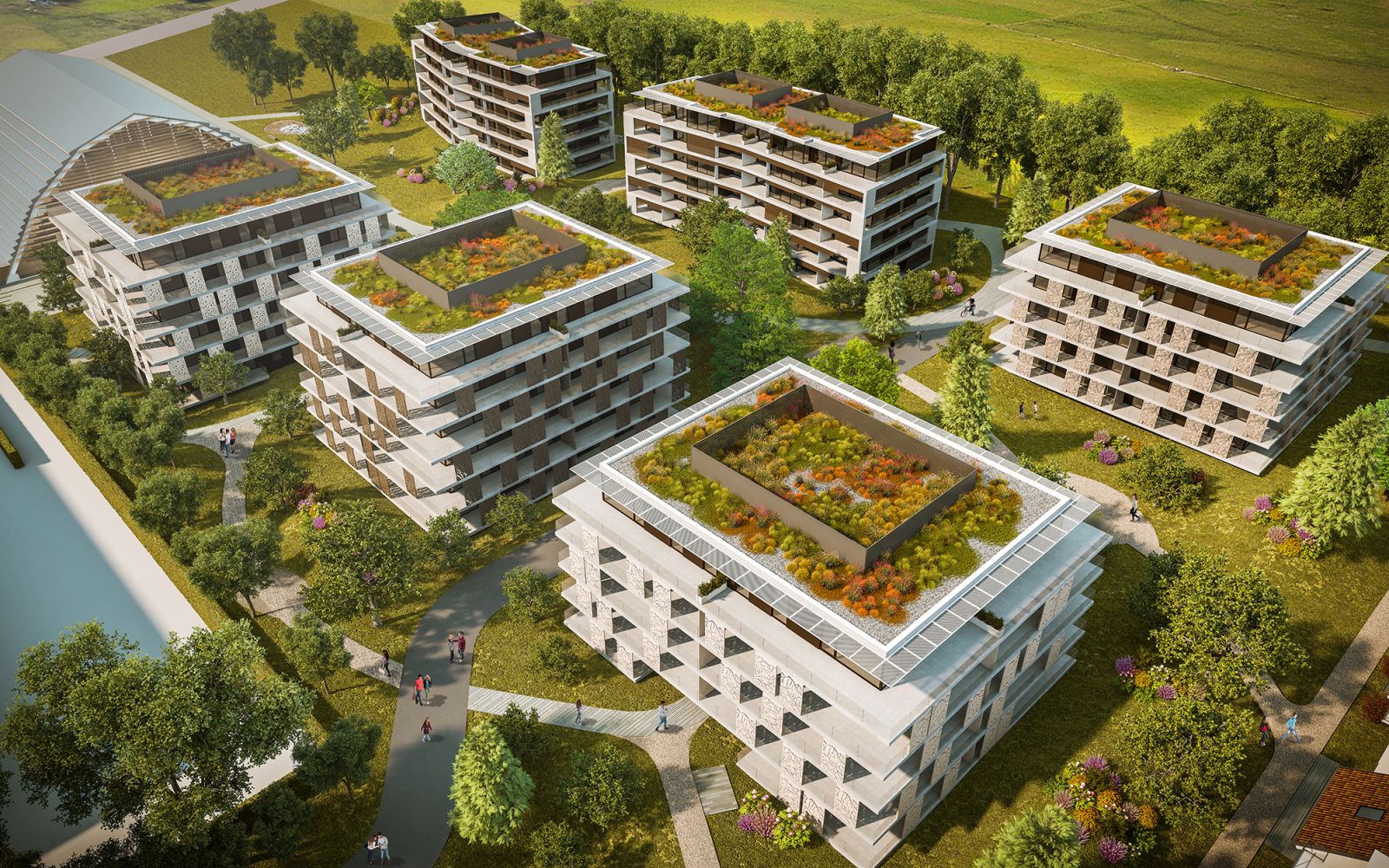 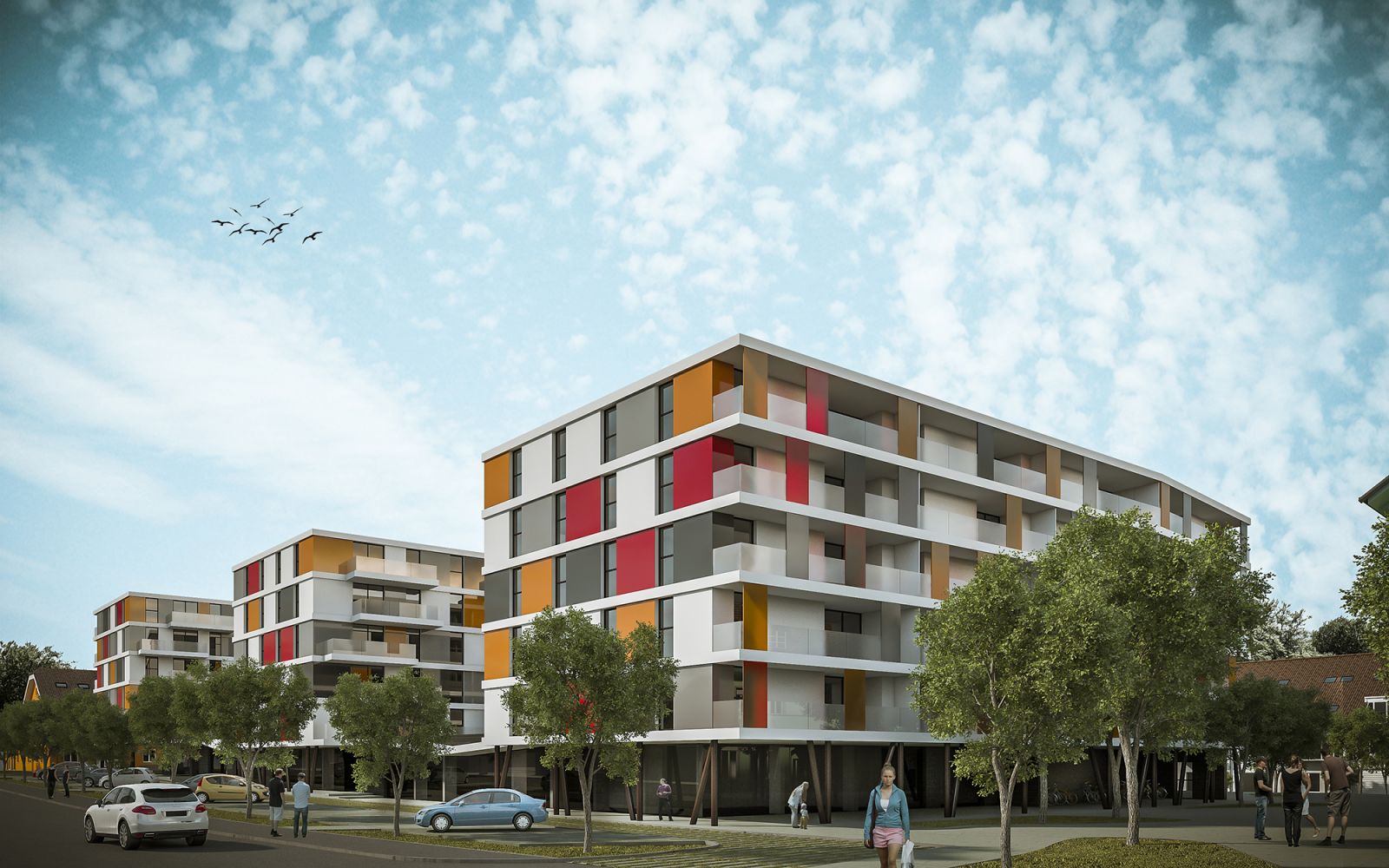 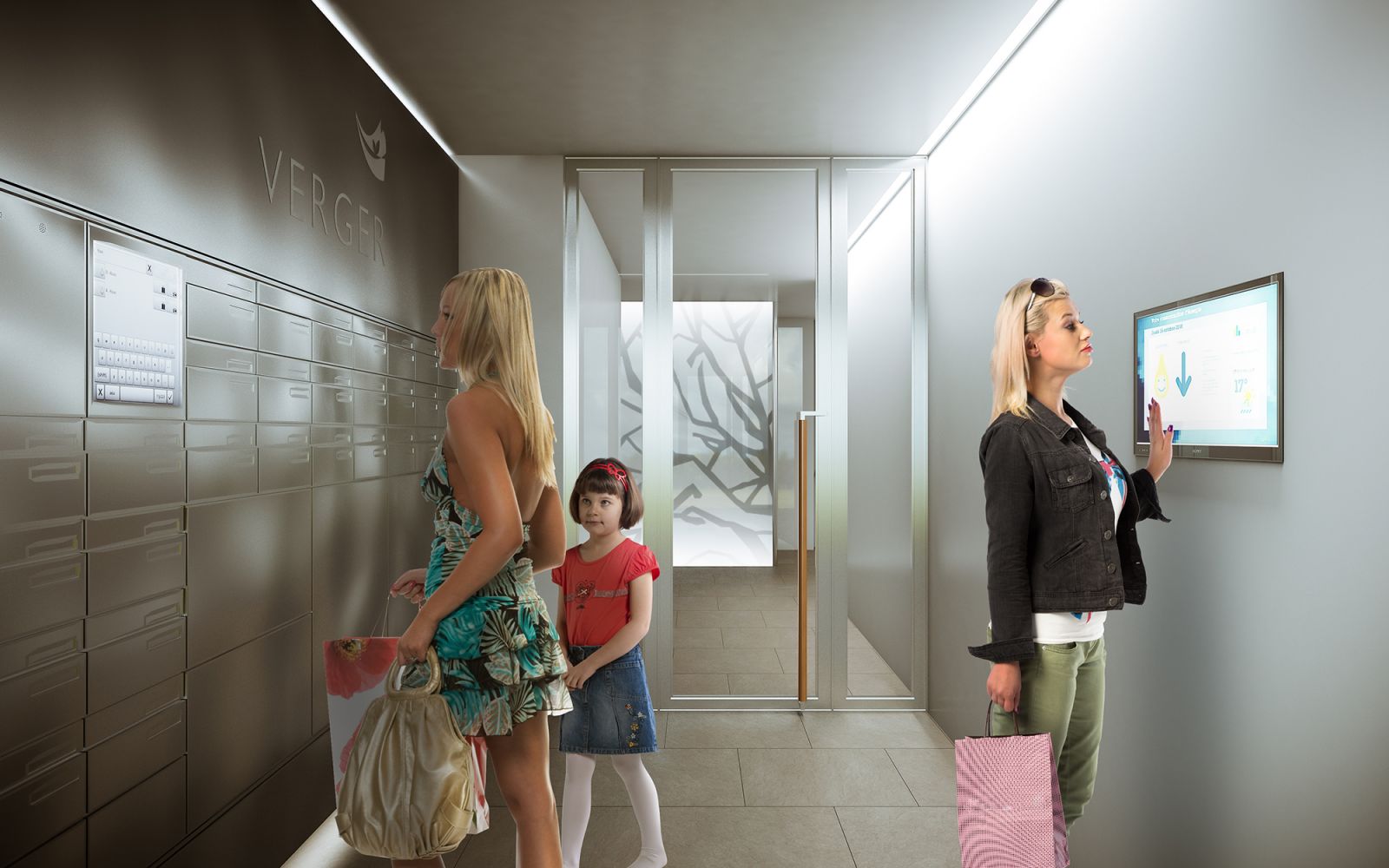 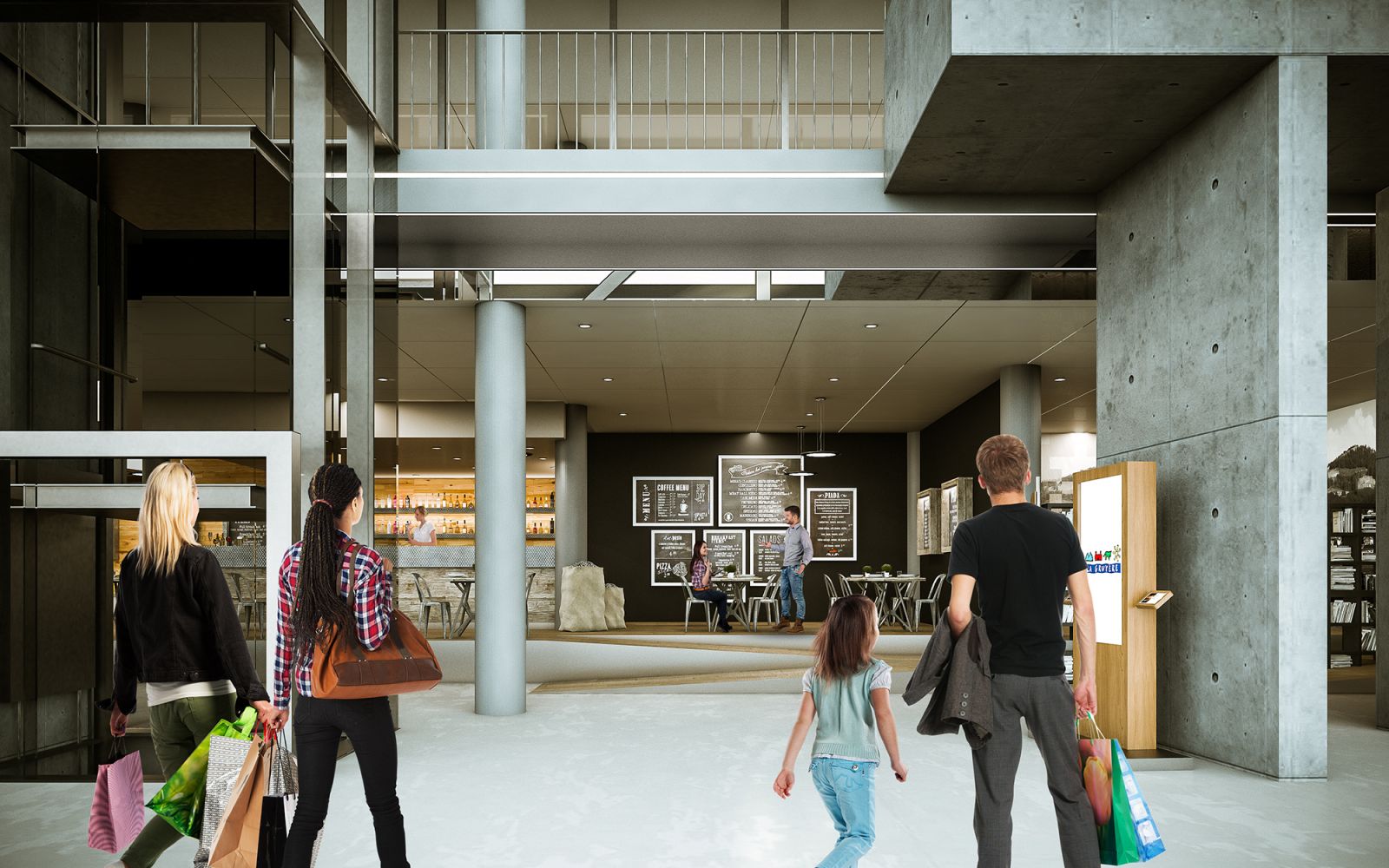 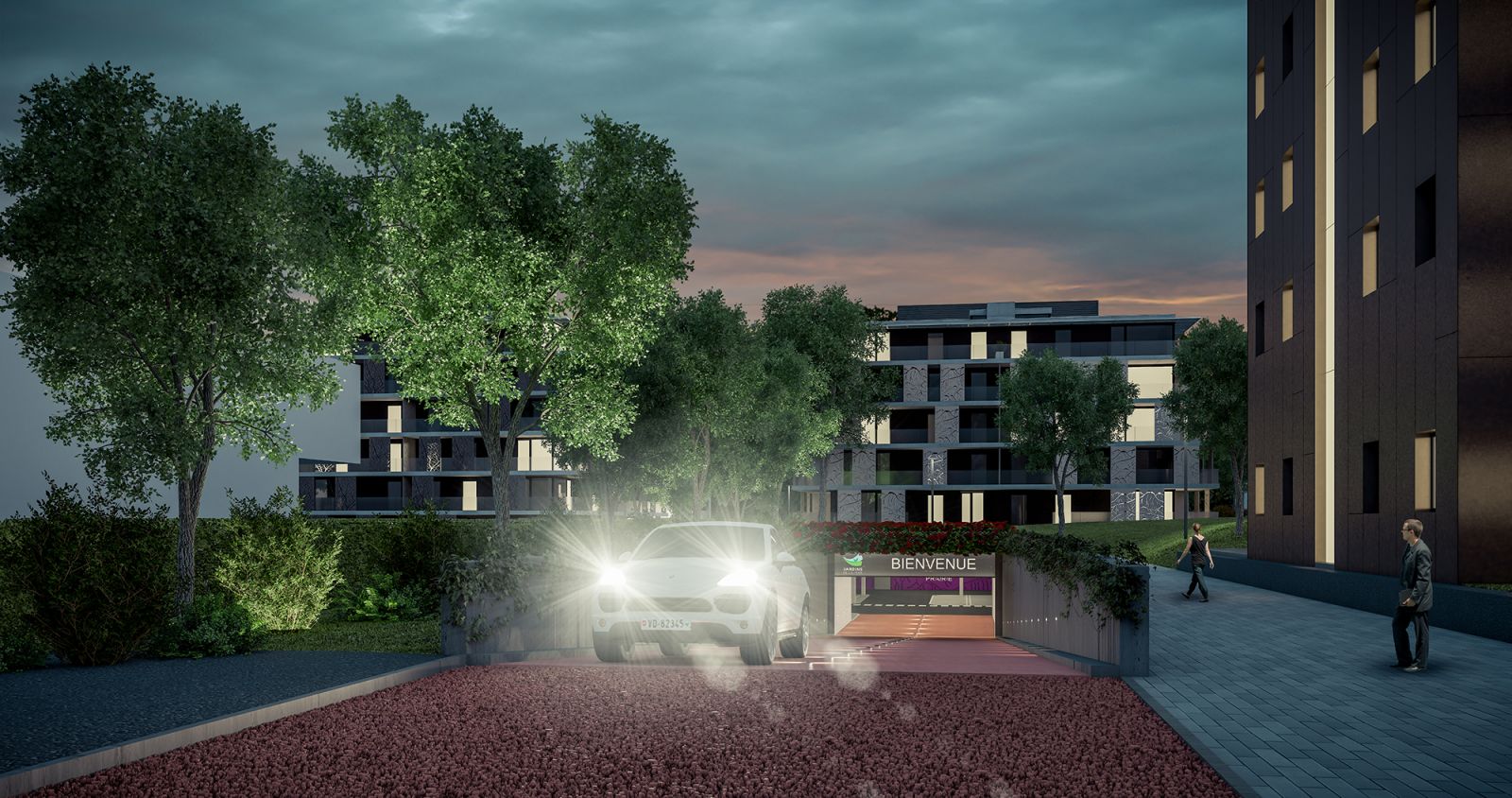 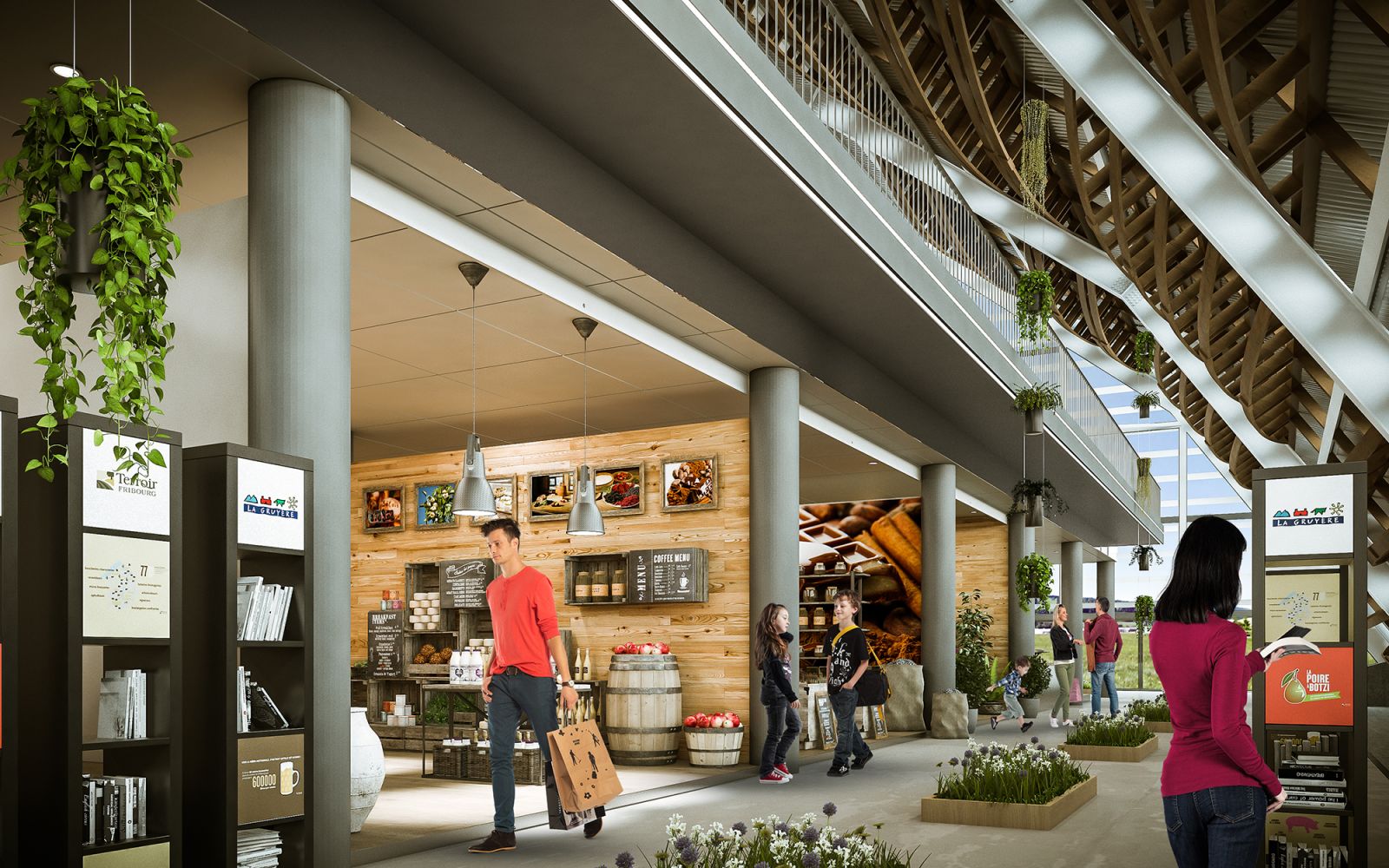